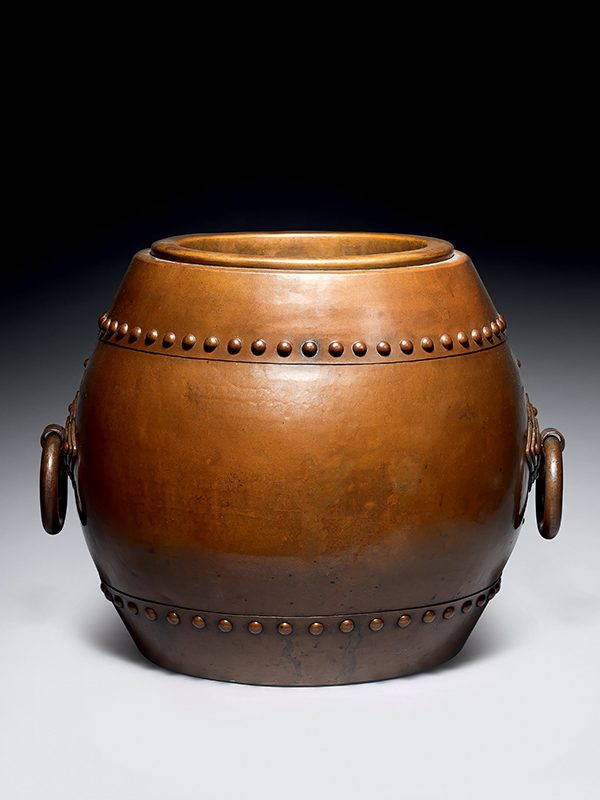 A large copper hibachi of drum (taiko) form with two ring handles to the sides and with two rows of studs to the body. The inscription on the side reads: Collection of Soga Motofusa the wine merchant. Made on 13th February, Showa 12 (1937).