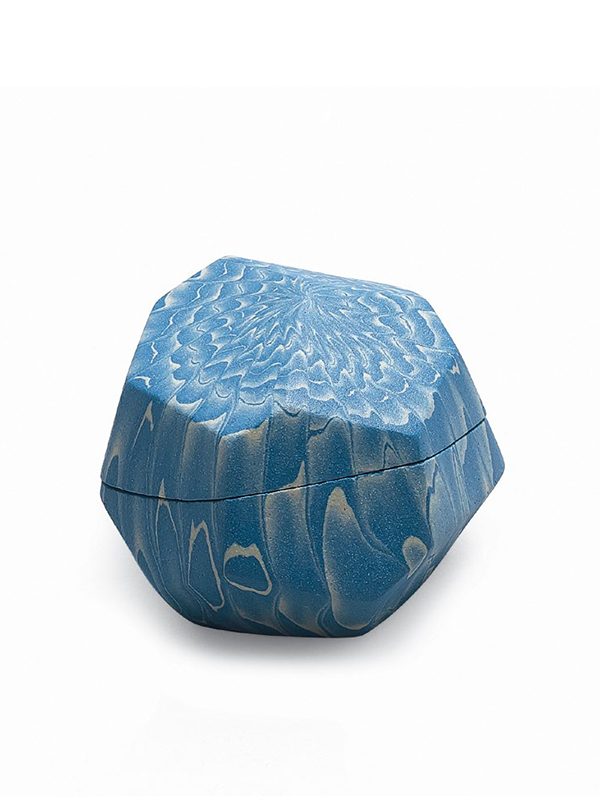 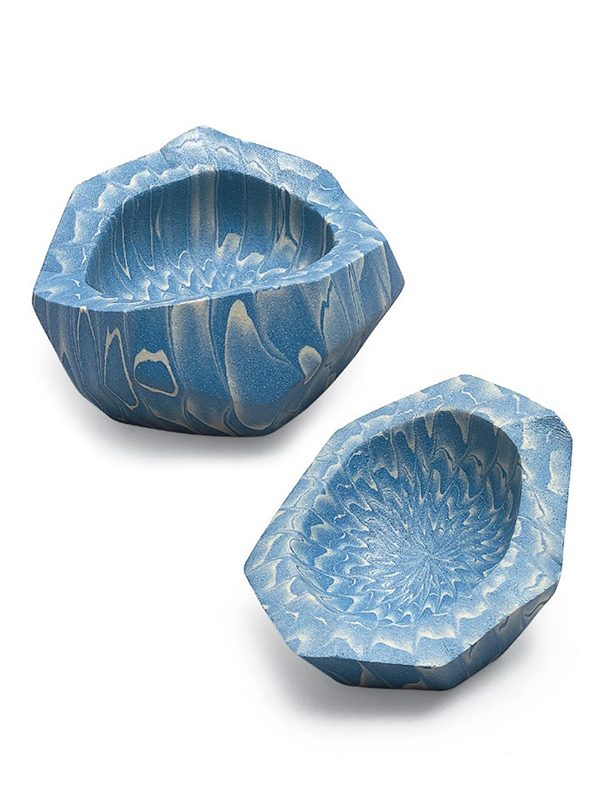 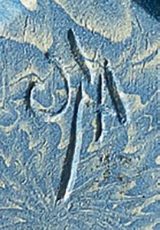 A ceramic box and cover of irregular shape, the material consisting of blue and white clay, mixed to produce a wavy, so-called marbled effect.  The inside is gently rounded and displays the same effect.

Neriage (marbleizing) is a technique in which an assemblage of hundreds of paper-thin layers of coloured clay is thrown to create a single vessel with distinct, striated, linear patterns. According to Rupert Faulkner, the technique originated in China during the Tang dynasty (618 – 906) and was used extensively in the Cizhou kilns in Hebei province during the Song dynasty (960 – 1279). 1 Ogata Kamio was born in 1949 in Iwamizawa-city, Hokkaidō. He is a self-taught potter who specializes in the extremely difficult art of neriage. Ogata is rapidly becoming recognized throughout the world for his unrivalled mastery. He built a kiln in Shinshinozu village, Hokkaidō in 1983 and in 1992 became an official member of the Hokkaidō Ceramic Art Association. In 1994 he retired from teaching ceramics at the Shinshinozu Institute for Handicapped People and in 2003 was invited to join as official member of the Nihon Kō geikai (Japanese Crafts Society). Ogata has won numerous awards in major ceramic and craft competitions between 1984 and the present day. His pieces are in the collections of the Metropolitan Museum in New York, the Asian Art Museum in San Francisco, the New Orleans Museum of Art, the Saint Louis Art Museum and the Minneapolis Institute of Art.