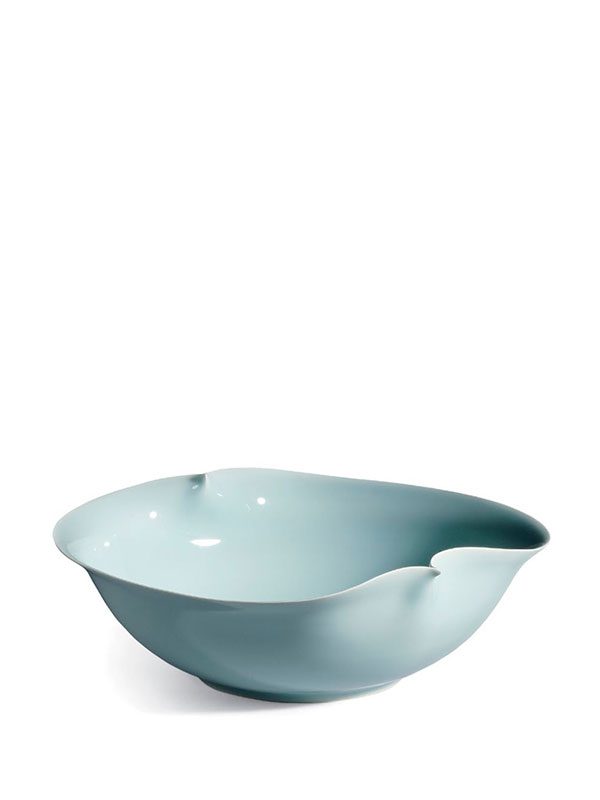 Kawase Shinobu was born in 1950 into a family of ceramicists. Kawase Shinobu learned his skills from his grandfather and father. He supplemented his studies by travelling to Taiwan to research classic Chinese Song dynasty (960 -1279) celadon wares, which he sought to emulate. Kawase began exhibiting in the Japan Traditional Arts and Crafts Exhibitions in 1974. His mastery of the different celadon wares for which he is known was already acknowledged in 1981, when he became the youngest artist to receive the Japan Ceramic Society Prize. Kawase’s reinterpretation of Song celadon glazes for contemporary tea wares and elegant vases has earned him a worldwide reputation.