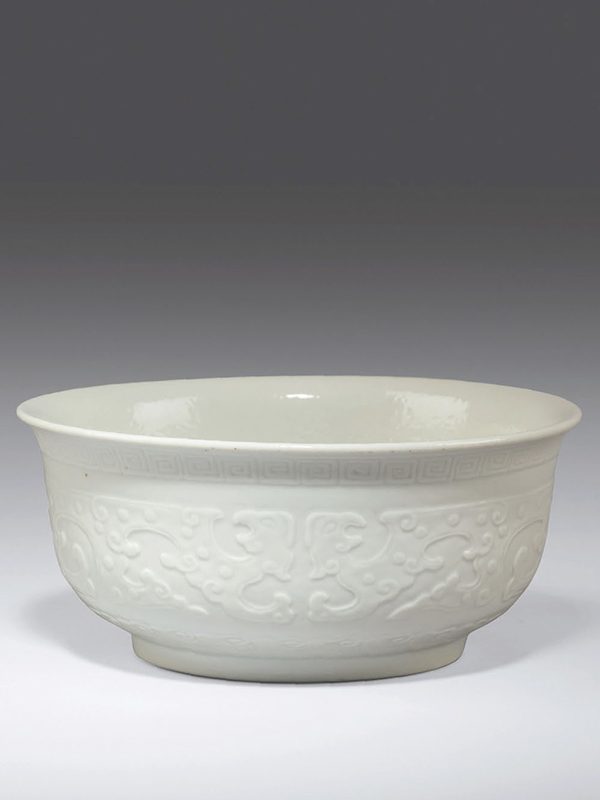 A circular porcelain shallow bowl, delicately potted and covered in a pure white glaze. The outside is moulded with four panels, each containing stylised, archaistic dragons. These panels are placed between a band of key-fret pattern at the top and a band of stylised waves at the bottom. The base is largely unglazed, except for the recessed centre. The inside of the bowl is also covered in a pure white glaze; here an “orange-peel” effect is visible.

The four panels on the outside of the bowl contain archaistic dragon pattern, such as can be seen on contemporary jades. A white-glazed porcelain bowl dated to the Kangxi period {1662 – 1722) is in the collection of the Asian Art Museum in San Francisco.1