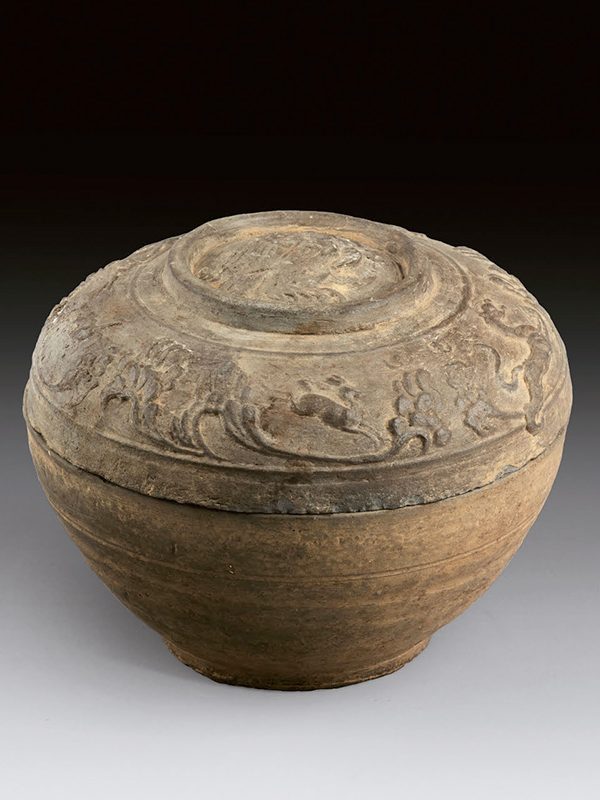 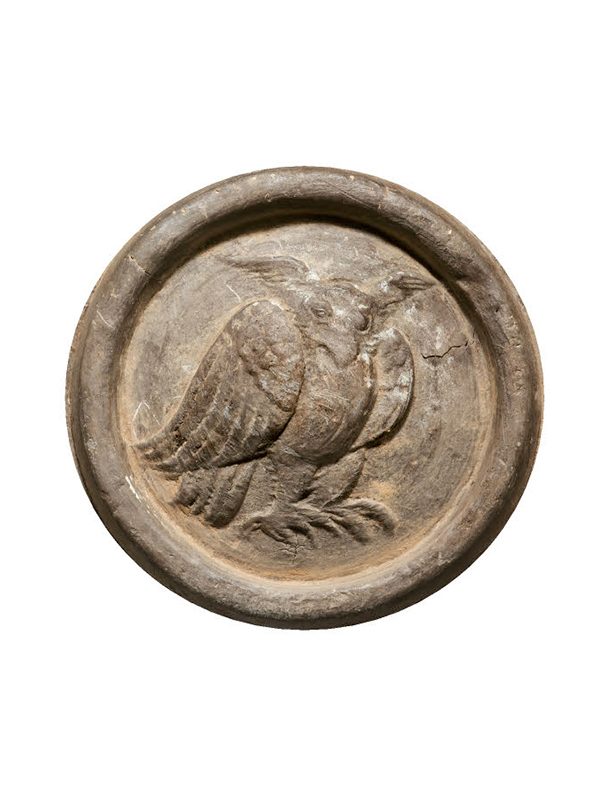 Pottery bowl and cover with animals

A grey pottery bowl and cover, the lower half with a Iipped, inward turning rim and completely undecorated, the lid with an impressed frieze around the domed bottom tier, consisting of dragons, a running deer, a bear and a bird in flight. The animals are separated by foliage. The flat top is impressed with a hawk-Iike bird with outstretched wings and large claws, sitting with its head tucked into his body. The grey pottery has remnants of the original white slip covering.

Friezes with impressed animals are known in Han dynasty pottery, but they tend to be covered in glaze and incorporate mostly animals that one would see in daily life.1 To come across unglazed pottery and mythological animals such as dragons is therefore rare. The Asian Art Museum of San Francisco has in its collection a pottery model of a well-head, which is unglazed and has a mould-impressed decoration of figures and animals.2