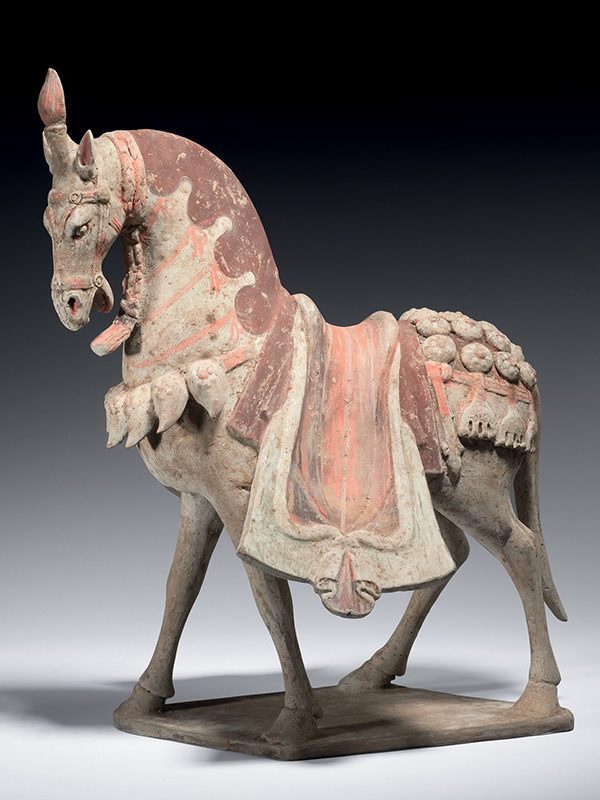 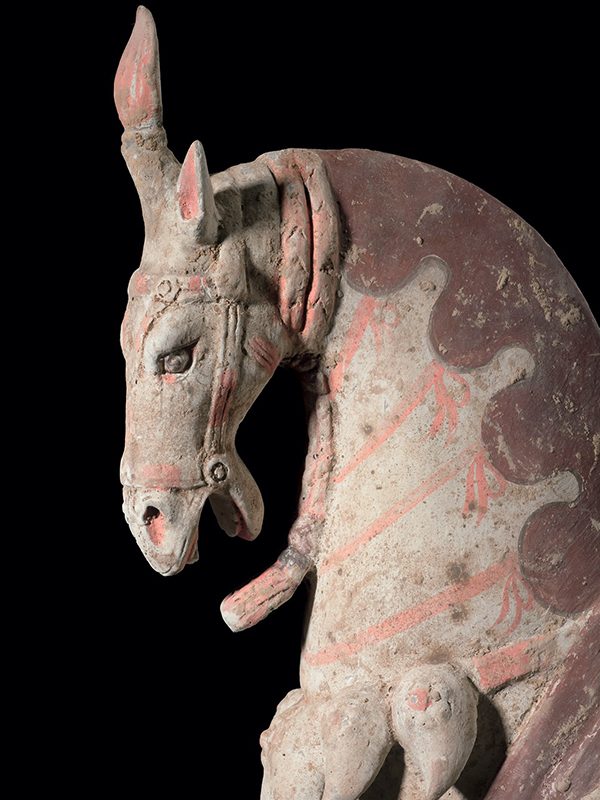 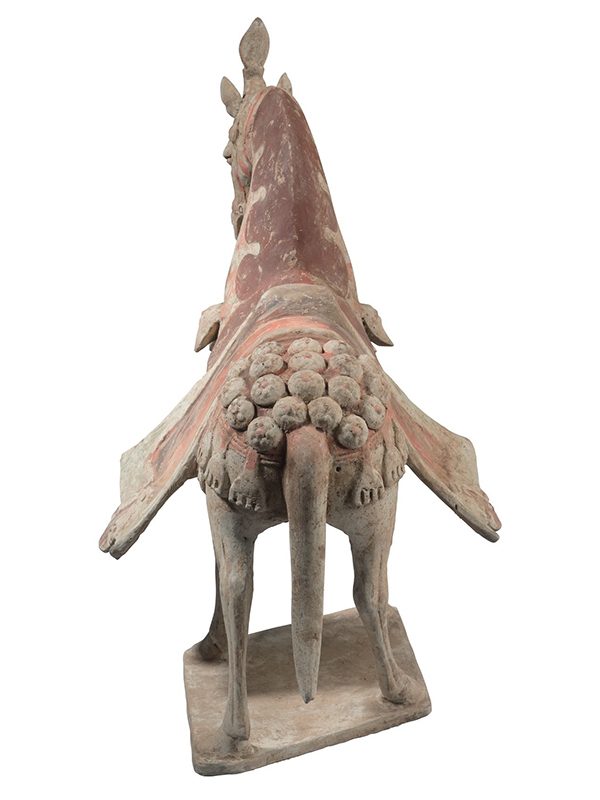 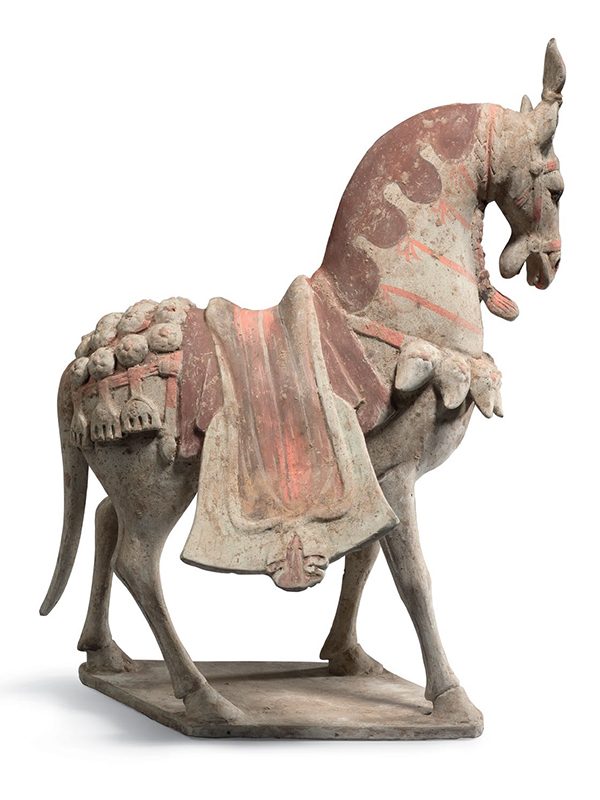 A pottery model of horse, depicted striding, with the front right leg and the back right leg extended slightly forward.  The legs are supported on a lozenge-shaped base. The horse has a gracefully arched neck and its well-modelled head is tucked in towards the wide chest, which is decorated with a row of large pendant conch-shells with raised florets, each of which has a moulded flower.  The horse’s head is carefully modelled with an alert expression, pricked ears, flared nostrils, wide-open mouth and a horn-like hair finial. The head is fitted with an ornamental bridle and a double-plaited cord around the neck that extends into a tassel hanging under the horse’s chin. The saddle, which is arranged on a flared blanket, has a knotted saddlecloth thrown over it. The saddle is held in place with straps moulded in relief, hung with tassels and linked over the horse’s hindquarters by an imitation leather pad, which is ornamented with several rows of bosses.  The saddlecloth is painted in red and orange. The long tail is combed straight down. The mane is arranged in waves to either side of the head and held together with bright red tasselled straps on a cream ground. A cream pigment covers virtually the entire animal and the grey pottery underneath.

This finely modeled horse is amongst the best examples of this period. In general, horses of the Northern Wei period are characterized by their stiff legs, widely projecting trapezoid saddles, powerfully arched necks, broad chests and relatively small heads. After Emperor Xiao Wendi’s decree that moved the capital to Luoyang in 494 AD, the style of tomb sculptures altered abruptly, influenced by developments in painting in the southern courts.1  A comparable but smaller caparisoned pottery horse from the collection of Mr. and Mrs. Ezekiel Schloss, showing the typical equine representation of the second phase of the Northern Wei period, was included in the exhibition Art of the Six Dynasties in the China Institute in 1975.2 Another Northern Wei pottery caparisoned horse of similar design is in the collection of the Rijksmuseum3. In its unusual striding motion, the horse is comparable to an example in the collection of David W. Dewey.4

The horse is remarkably similar to that of a Northern Wei horse that was included in our 2019 catalogue.5