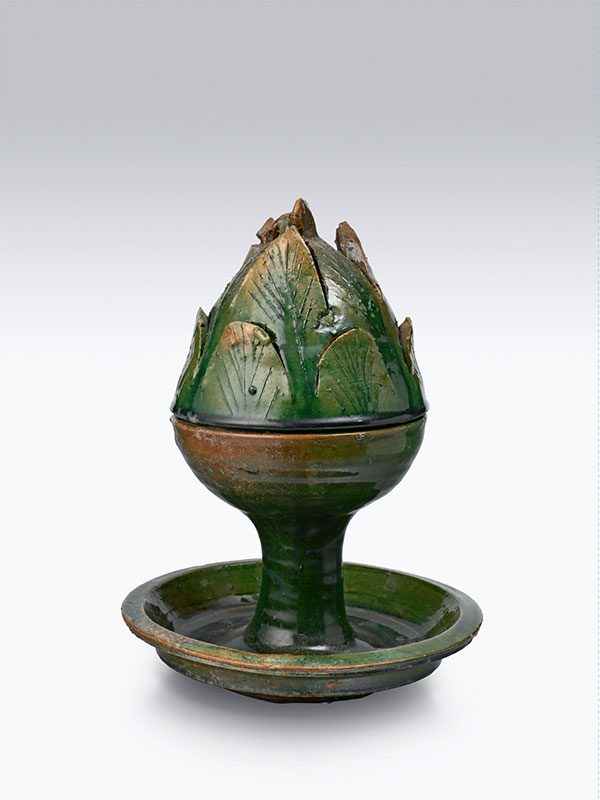 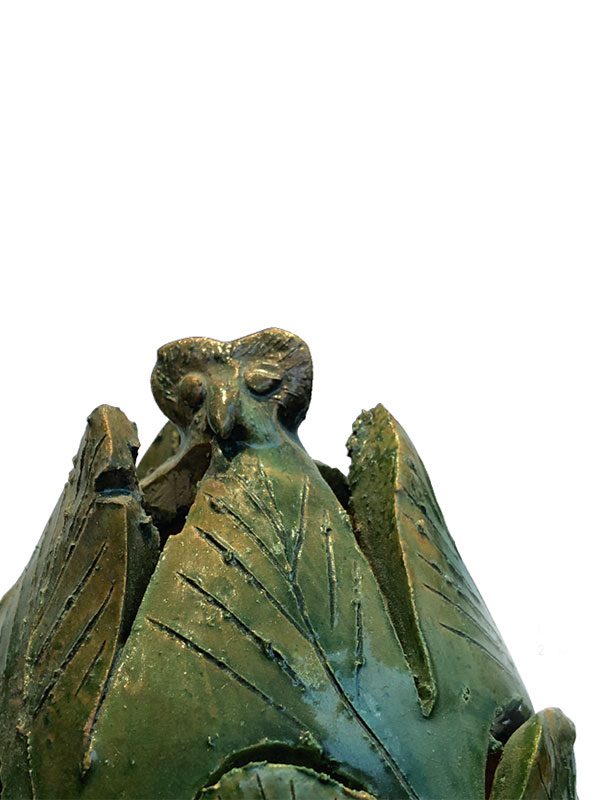 A pottery incense burner of bowl form, the tall stem supported on a circular tray with flat rim. The removable cover is carved in the form of a stylized mountain range with pointed, overlapping petals. The petals or vents are incised with a tree motif. At the top, the head of an owl can be seen. The exterior is covered in a deep green lead glaze that shows its yellow undercoating in places. The interior of both the bowl and the cover is unglazed.

It is extremely unusual to find an owl finial on a Han dynasty pottery stemmed incense burner. The owl features in Chinese art well before the Shang dynasty, when it becomes quite a common, mysterious motif on bronzes of the period, but it is rarely seen as decoration on pottery. Krahl observes that during the Han dynasty tomb s were often looted, which resulted in expensive material s such as bronze gradually being substituted by cheaper materials such as pottery and that the poisonous lead content in the glaze would have made pieces such as this unsuitable for storage of food and drink.[1] It is more likely that the present piece was intended for use as an incense burner; in fact, at some point this piece was converted for use as an incense burner by placing a removable metal liner inside. A closely comparable model of a boshanlu, this example with a finial in the form of a recumbent bird, is in the Meiyintang Collection.[2]