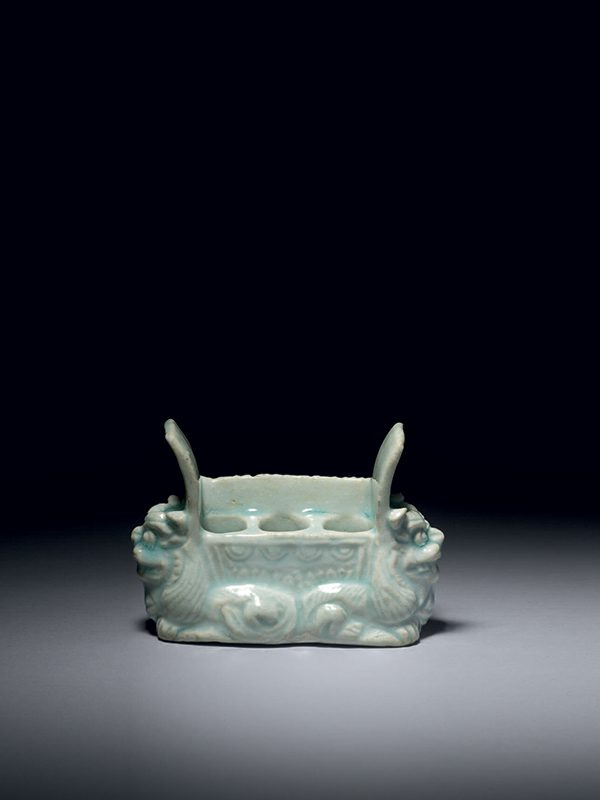 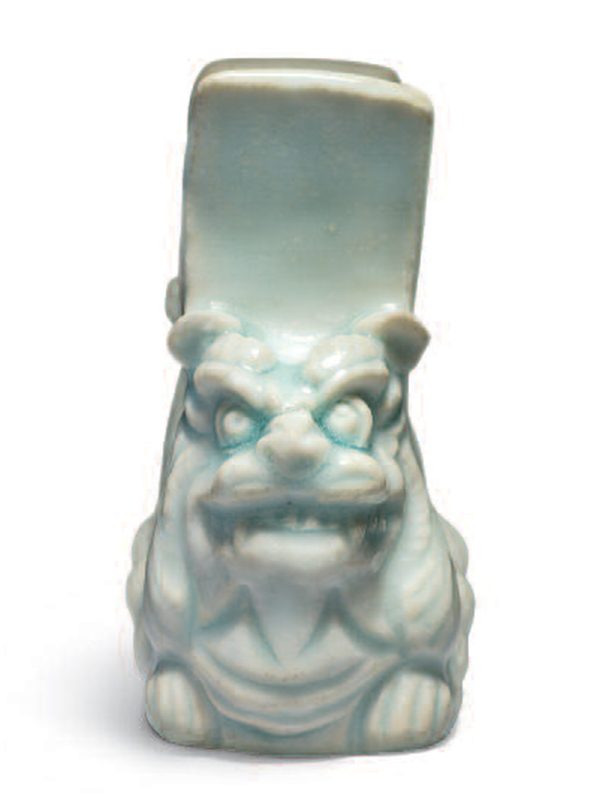 A porcelain brush holder of rectangular form, supported by two lions facing outwards. The two lions are each in a recumbent pose with legs and paws tucked underneath their bodies, and their heads look straight ahead with a fiercely alert expression. They have bulging eyes and bare their teeth, and the details are precisely modelled. The heads of the lions are surmounted by two flared slab handles. The interior of the brush holder is divided into three sections by circular apertures. The sides are decorated with semi­-circular and triangular patterns. The exterior is covered in a transparent pale blue glaze, leaving the flat base and the interior unglazed, showing the fine white porcelain body.

This charming and rare three­-dimensional miniature qingbai porcelain piece was probably intended as a brush holder, due to the three circular holes presumably designed to hold  brushes. Ceramic stationery desk objects appear to have been popular with scholars at this time, and the kilns in Jingdezhen produced various small qingbai porcelains that may well have been used as brush holders. A qingbai brush holder of cylindrical form with an interior divided into four irregularly shaped holes, unearthed from a hoard in the Suining city and dated to the Southern Song dynasty, is now in the collection of the Suining City Museum.[1]  Another brush holder of cylindrical form is in the collection of the Jianxi Provincial History and Ancient Ceramics Committee.[2]  A qingbai porcelain water dropper in the form of a seated lion, excavated from the Hutian kiln site in Jingdezhen between 1988 and 1999, is now in the collection of the Jingdezhen Museum of Civilian Kiln.[3]