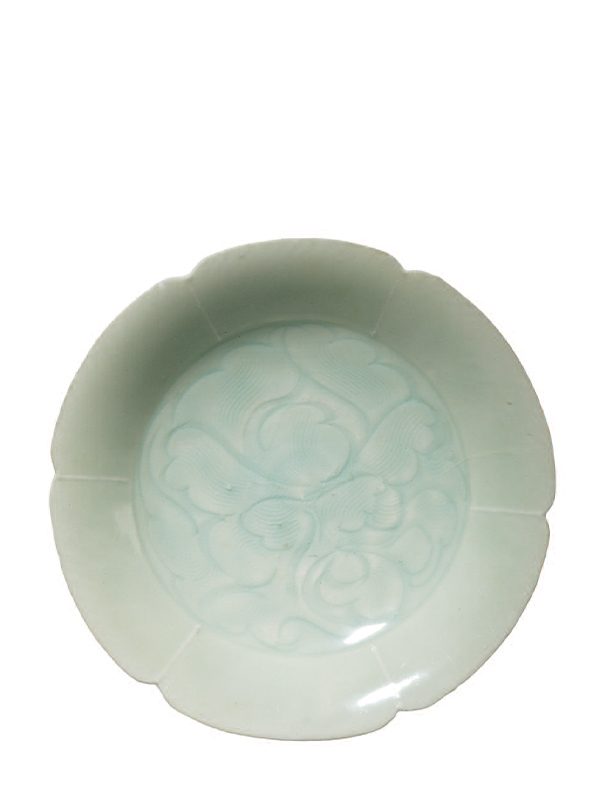 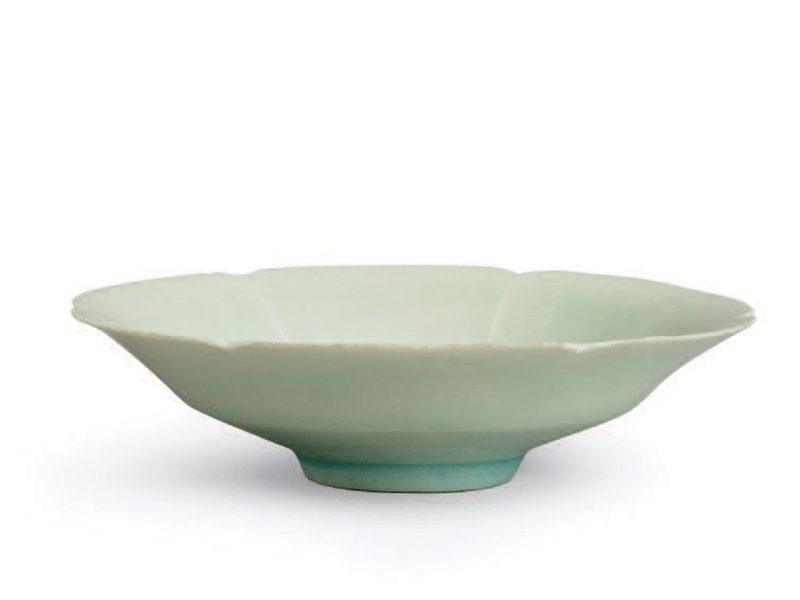 A qingbai shallow bowl, supported on a low, straight foot, from which the thinly potted sides rise in two stages to terminate in a six­-lobed rim. The interior is delicately incised with an abstract flower in the centre.  The rim is divided into six lobes by six vertical
slip lines. The exterior of the bowl is unadorned. The bowl is entirely covered in a transparent glaze of pale blue hue, leaving only the base unglazed, showing the fine­grained white porcelain body and some characteristic reddish­brown firing marks.

This delicate shallow bowl with a two-­staged, elegantly flared six­lobed rim is a fine example of qingbai porcelain produced during the Northern Song dynasty. This bowl has several distinctive Northern Song features, such as the fine incised decoration and the purity of the porcelain.[1] The use of raised slip lines to articulate the form, a technique seen on other ceramics and lacquer wares, demonstrates the close affinity between the various media during this period, and it is believed that this six-­lobed dish form was derived from silver prototypes.[2] A practically identical six­-lobed qingbai porcelain shallow bowl incised with floral and linear comb patterns and of comparable shape and size, is in the collection of the Palace Museum, Beijing.[3] Two other closely comparable six­-lobed qingbai shallow bowls of similar decoration, shape and size, both dated to the Northern Song dynasty, are respectively in the Muwen Tang Collection[4] and in the collection of the National Museum of Korea.[5]