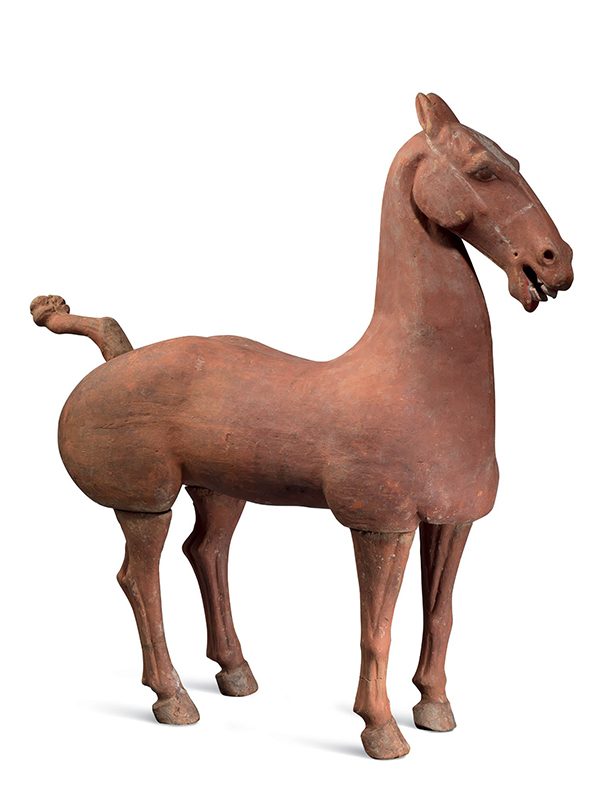 A pottery horse standing foursquare with powerfully modelled head and strongly arched neck, ears pricked and mouth half open, showing the teeth.  The horse is supported on four separately moulded legs and has a detachable tail, the end of which is neatly tied. The grey pottery retains its original brick-red pigments virtually in its entirety.

Pottery models of horses were first placed in tombs in substantial numbers in the Qin dynasty (221 – 207 BC).  During the Han dynasty the practice became more widespread, particularly as a result of the Han people’s ongoing struggle against the Xiongmu, a tribe of formidable horsemen originally based in the Ordos region of present-day Inner Mongolia.1 Ceramic models of horses and soldiers were placed in trenches in the tombs of imperial family members and other persons of high status, ready to defend the deceased.2 A torso of a Han pottery horse, excavated from a tomb in Shandong province and retaining some of its painted decoration, is illustrated in the book Horses for Eternity.3