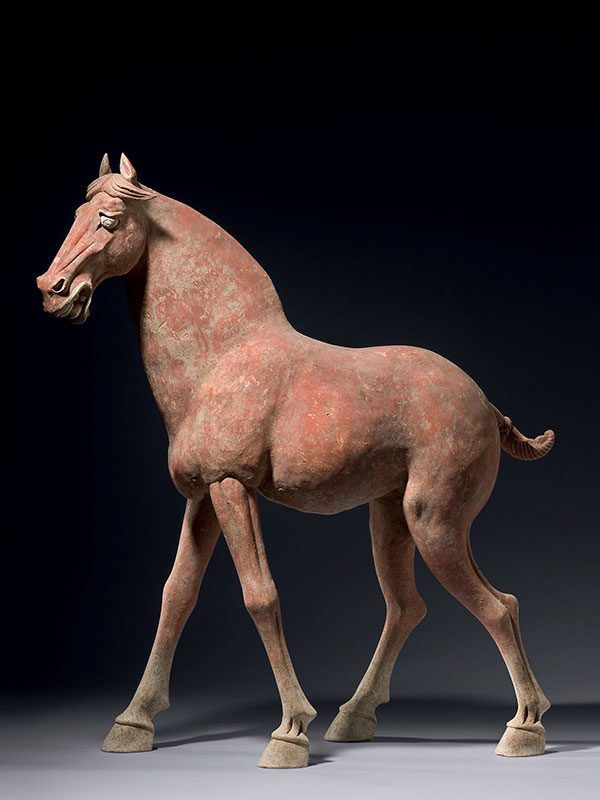 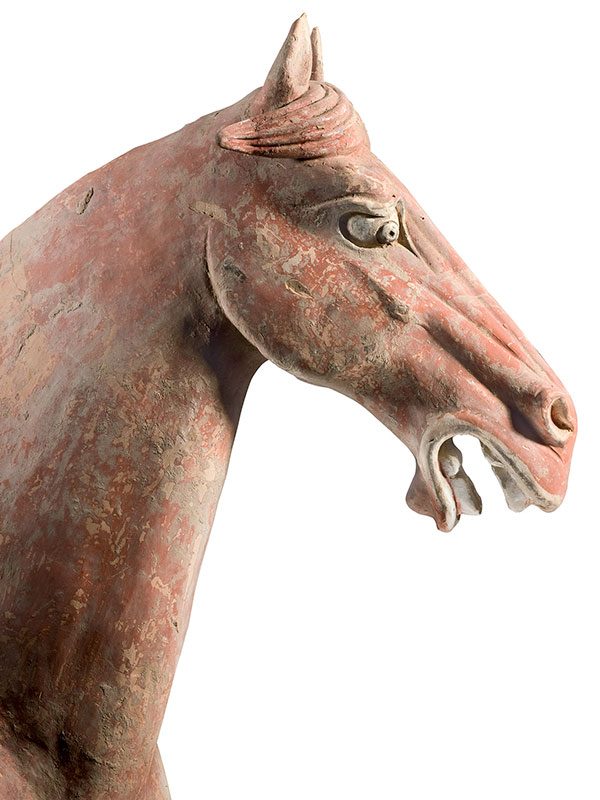 A large pottery model of a horse, looking slightly towards its left, the long and slender legs modelled in a sturdy walking position. The horse’s neck is gracefully arched. The head is carefully modelled with an alert expression, pricked ears and flared nostrils. A groove runs down the length of the animal’s neck. The tail is neatly cropped and bound. The pottery horse is modelled in terracotta red clay, which has traces of red and white pigments on the body.

Between the 6th and 8th century, tomb models of horses evolved from fragile, sticklike creatures into robust, lifelike chargers.[1]  Most pottery burial objects, whether glazed or unglazed and with fine modelling, are generally attributed to the second half of the 7th century or the first half of the 8th century; a time of great affluence during the Tang dynasty.[2] Two closely comparable early-Tang walking horses that are very similar in proportions, both made of grey pottery and covered in polychrome pigments, are illustrated in Horses for Eternity.[3]