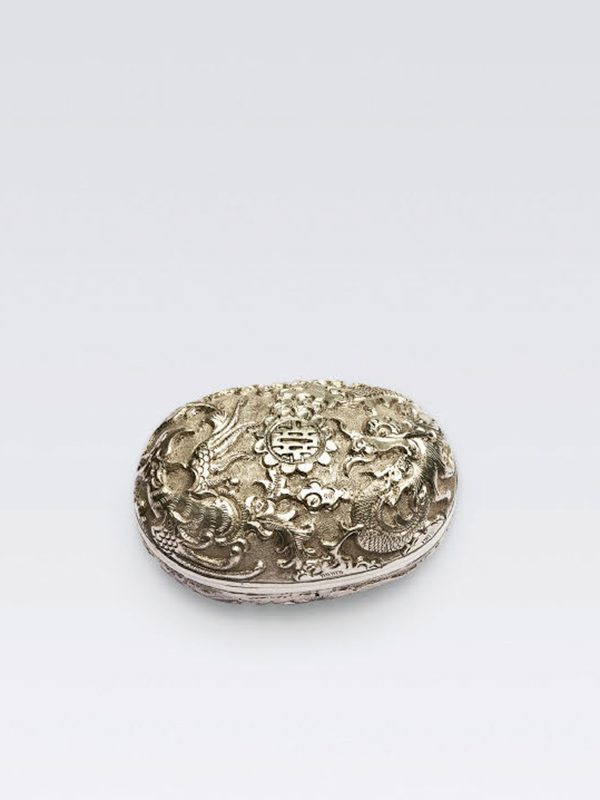 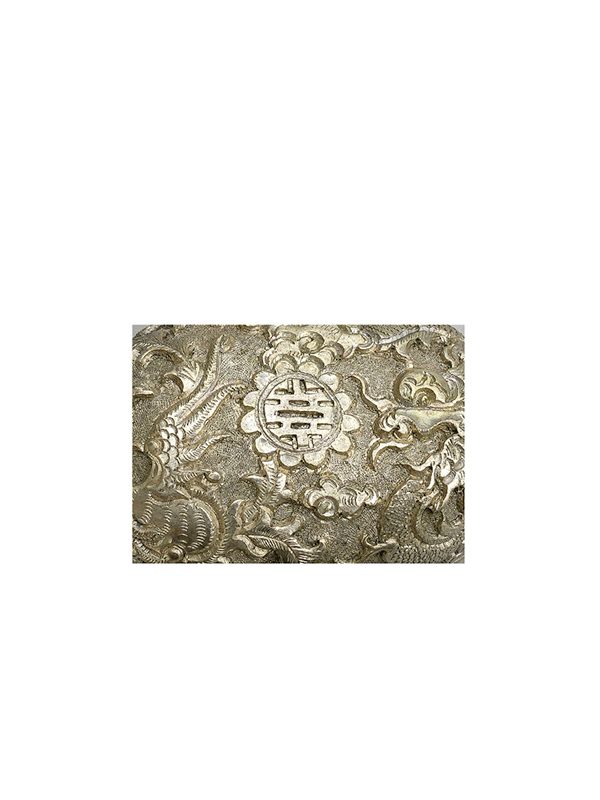 A small silver box of oval form, supported on a short foot rim and worked in the repoussé technique. The rounded lid is decorated with a dragon opposite a phoenix and set against a background of wish-granting clouds (ruyiyun) with a central circular Shou (long life) symbol that is surrounded by petals. A pattern of carved foliate leaves and tendrils decorate the sides of the base. A single hinge at the back holds the cover in place.

The production of silverware for the Chinese export market began in the 18th century and continued well into the mid-20th century. Motifs such as the dragon and phoenix were often seen, due to their auspicious symbolism. Both of these mythical animals are important symbols in China, and together the dragon and phoenix (longfeng chengxiang) represent happy omens. They were often used as a wedding motif, since they represent good fortune and blessings.1 A comparable and slightly larger oval silver box is in the Chait collection.2