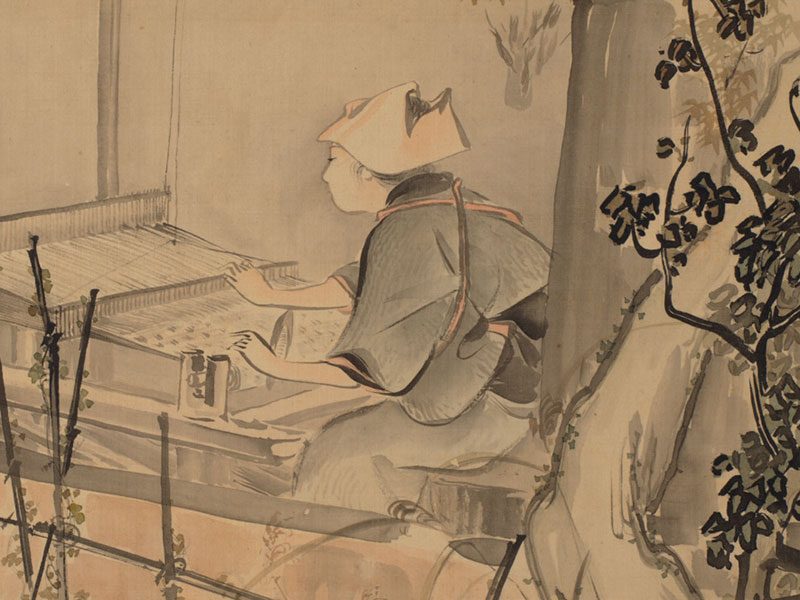 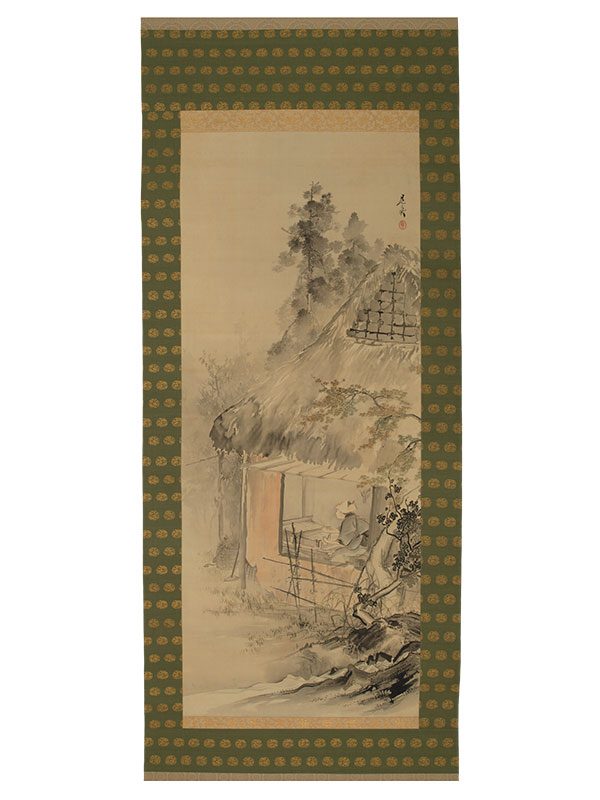 Scroll painting: woman weaving in a hut, by Zeshin

A scroll painting depicting a woman weaving inside a rustic thatched hut in a landscape setting. The hatted woman is sitting at her loom at a large open window, busying herself with the process of weaving. Behind the hut tall pine trees are visible and in front of the hut are lengths of bamboo tied together and prunus flowers growing on a twisted branch. The painting is signed in the right hand top corner Zeshin, with a red seal Shin of Zeshin. The scroll has a label outside with has a four-character inscription reading Zeshin sanke (A house in a mountain, Zeshin). The scroll is contained within its original wooden storage box, tomobako, which is entirely plain.

This finely detailed painting is reputed to be by the master Shibata Zeshin, who lived from 1807 to 1891 and is better known for his famous lacquer work, earning the distinction of “Japan’s greatest lacquerer”. His reputation as a painter is a bit more complex: in Japan he is known as “too modern”. Despite holding this somewhat complicated standing in Japan, Zeshin has come to be well regarded and much studied among the art world of the West. He studied under other great artists of the Kyoto school, including Marayuma Okyo, Okamoto Toyohiko and Goshin.