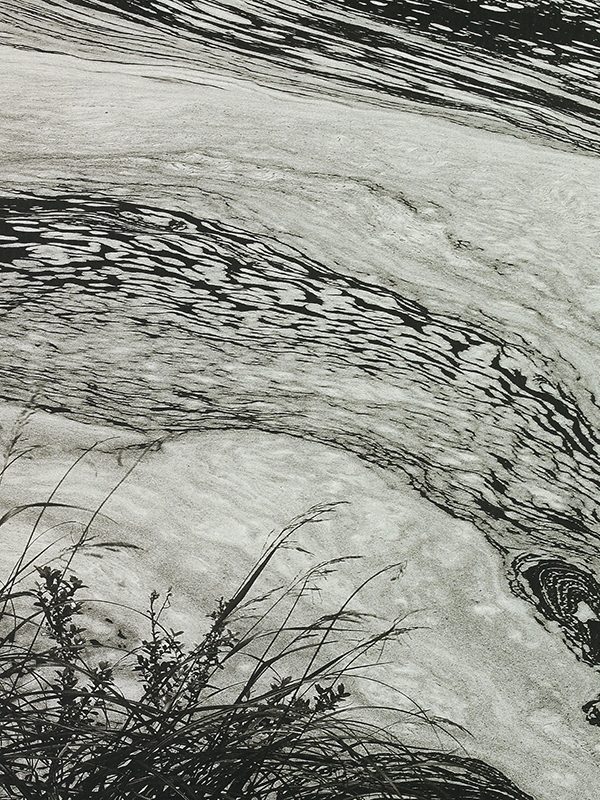 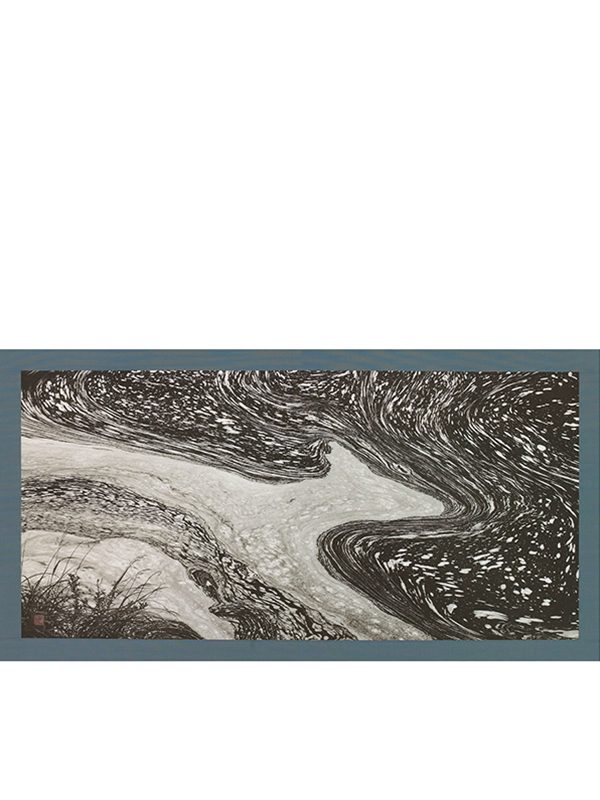 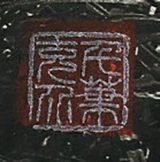 A Rimpa-style monochromatic photograph by Chiba Katsusuke, mounted as a large horizontal hanging scroll, depicting ice as it breaks apart and flows along a stream bank, with dried grasses in the foreground.

The photographer Chiba Katsusuke was born in 1946 in Kakunodate, Akita, the northernmost prefecture on Japan’s main island of Honshu. He became a photographer in 1970, mainly taking photographs of the scenery of that little explored region. As a photographer, he has witnessed ongoing environmental destruction for a long time. One of his goals is to send a conservation message through photographic expression.  His work has been compiled into more than a dozen books, and has been featured in solo exhibitions throughout Japan since 1984. He is one of few artists who combines photography with traditional Japanese mounting techniques. One of his best known students is the award winning female photographer Hitomi Komatsu, who worked under him for almost 15 years before going independent in 1999.