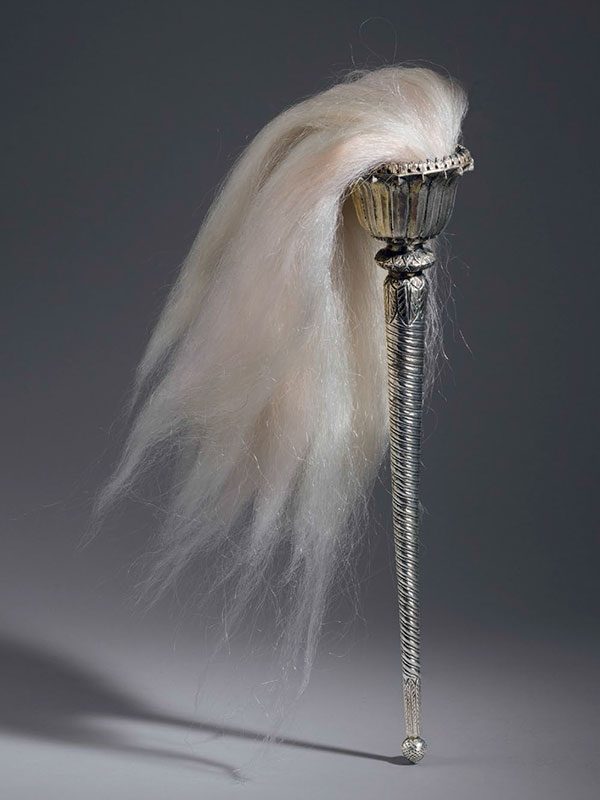 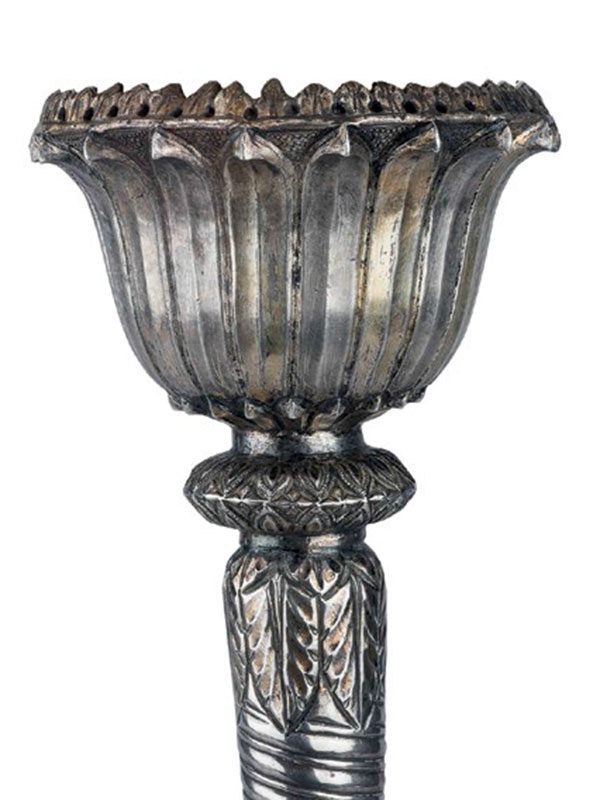 A finely beaten and chased silver flywhisk handle mounted with yak hair. The head of the flywhisk consists of rows of stylised petals of a flower. Around the edge of the top into which the yak hair has been mounted a continuous series of small grips hold the hair. The underside of the head has a second layer of smaller leaves. A single collar, decorated with a floral design, separates the head from the grip. The longest section is the grip, which tapers inwards at both ends and is decorated with leaves at the top and a simple twisted band, made to look as if it is twisted around the shaft, all the way down. The flywhisk terminates in a small rounded knob.

In miniature paintings from the Mughal period servants of noble persons can often be seen carrying flywhisks, but not many actual flywhisks survive today. Not only was the flywhisk used to shoo away flies, it also functioned as a kind of fan, creating a gentle cool breeze. The flywhisk is the most frequently used and depicted emblem of royalty and is swayed on either side of the ruler by dedicated officials called chamardar. The Indian flywhisk is known as the Chauri. The name Chauri refers to a plume of yak tail hair in an elaborate holder. The word Chauri derives from the Sanskrit word chamara, meaning flywhisk, which is very close to the word for ‘yak’.