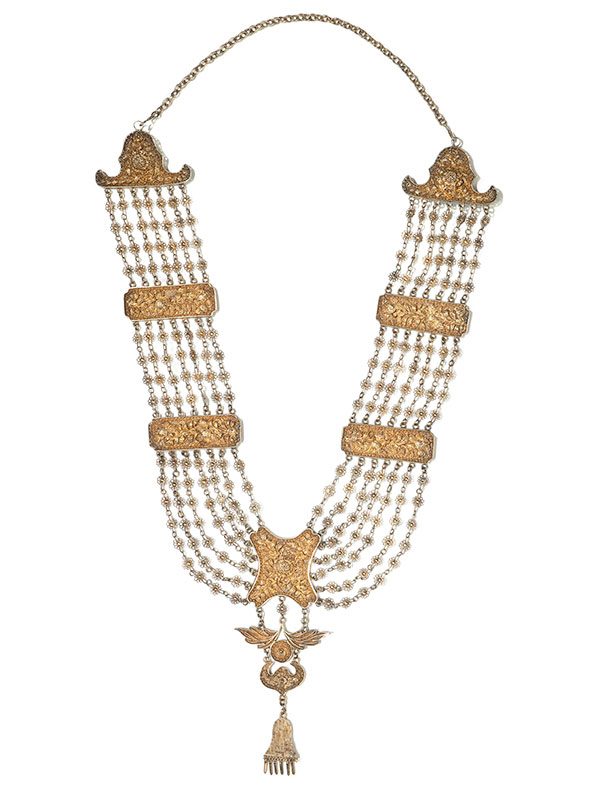 China Straits, probably Malacca second half of the 19th century 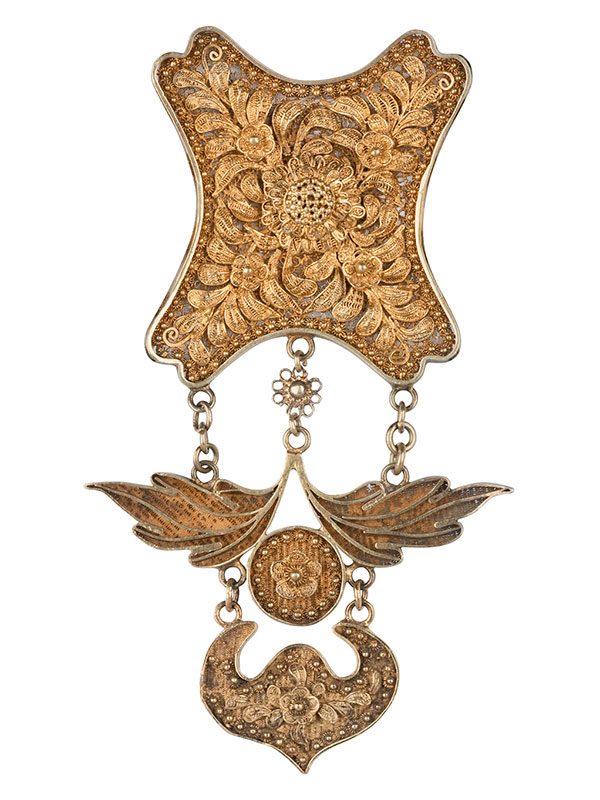 A silver-gilt wedding necklace, consisting of seven filigree elements, joined by seven chains, each formed as floral links. The top two elements are of hat-shape, applied with flowers. These are followed by four rectangular panels with indented corners and also applied with flowers. The final panel is of star-shape and similarly decorated. The necklace has a three-part pendant, with leaf shapes at the top followed by a tasselled bell-shape. The top two panels are stamped at the back with two marks in Chinese characters, ‘zu yin’ (solid silver) and the workshop’s name ‘yao chang 85’.

This interesting and elaborate necklace was given to a bride to wear on the day of her wedding. It was made by Chinese silversmiths working in one of the China Straits colonies, such as Malacca. The figure ‘85’ in the mark is meant simply to indicate a high quality silver. A nearly identical necklace from the Mariette collection is illustrated by Ho Wing Meng, who describes it as made in Malacca.[1] The author also comments that: “The sheer splendour of the design reminds one of those elaborate necklaces made for ancient Egyptian and Middle Eastern queens and nobility.” [2] The necklace is very closely comparable to an example from a private collection, illustrated on the East Indies Museum base in Singapore.[3] A photograph of a Nonya bride on her wedding day, elaborately attired in a variety of jewellery, is illustrated in Gilding The Phoenix- The Straits Chinese and their Jewellery.[4]