Six-­fold paper screen with tiger and her cubs 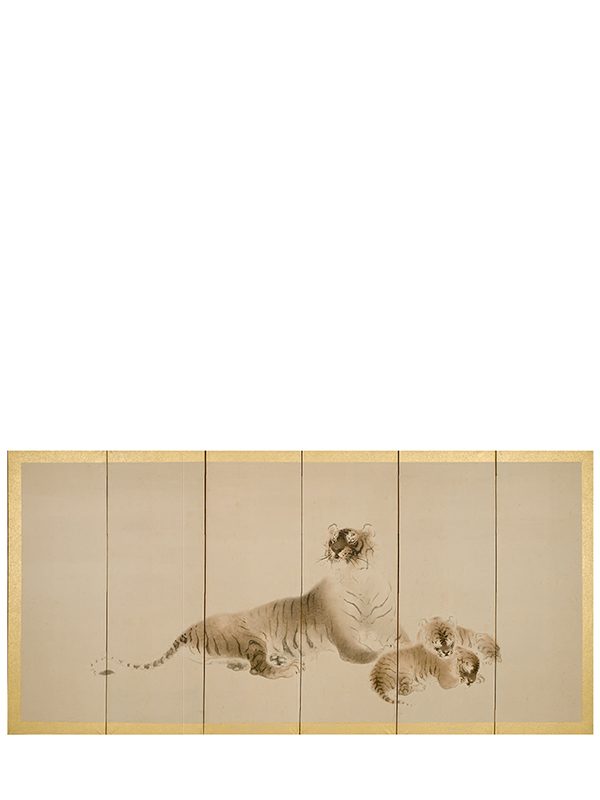 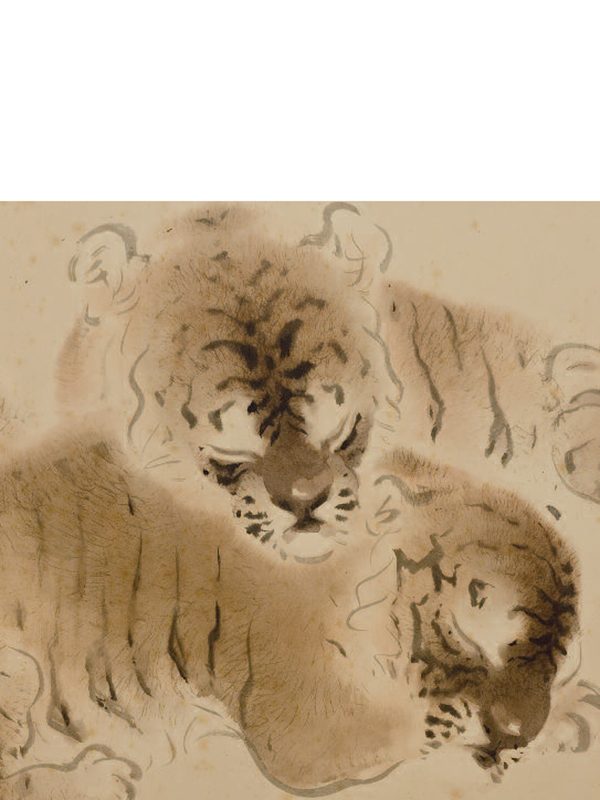 A six­fold screen on paper, delicately painted with a tiger and two cubs in the Maruyama­-Shijyo School style. The tiger is depicted in recumbent position with the tail stretched behind her and her head turned to the right, while her two cubs are in front of her, one cub resting its head on the other cub, which in turn rests its head on its front paws. The inner borders of the screen are executed in gold fleck paper, and the screen is framed in a thin wood frame.

This delicate screen is painted in the style of the Shijō Maruyama School, which flourished in Kyoto in the late 18th and 19th centuries. Their leading figures were Maruyama Okyo (1733 ­- 1795) and one of his major associates, Go Shun (1752 ­- 1811), who set up his own studio on Shijō Avenue in Kyoto, hence the name Shijo Maruyama School. Okyo in particular was interested in Western spatial techniques and often sketched from life. His mature style combined Western perspective, Chinese ink and wash techniques and a Japanese sense of abstract design. His wide­-ranging themes included landscape, figure and animal subjects, much like this delicately rendered tiger and her cubs. A painting in ink and colours on silk by Maruyama Okyo depicting a sitting tiger dated to 1777 is in the Minneapolis Institute of Art.[1]