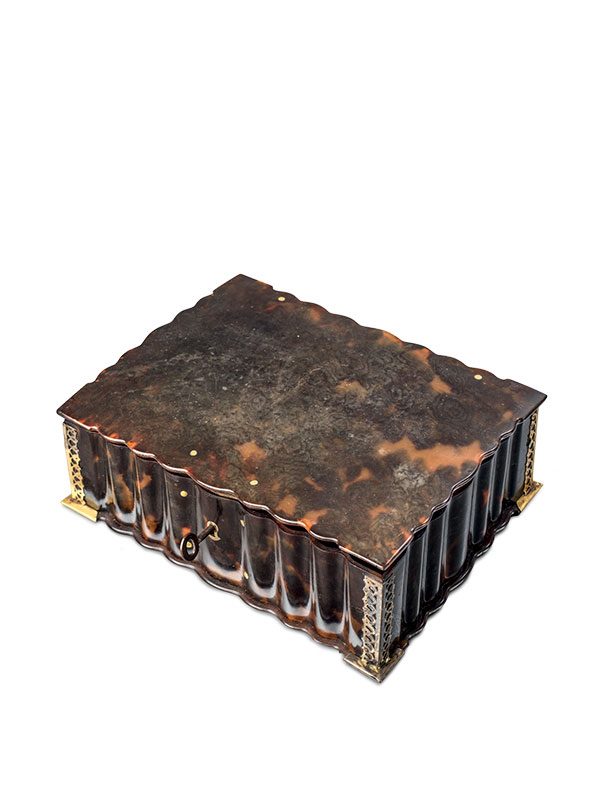 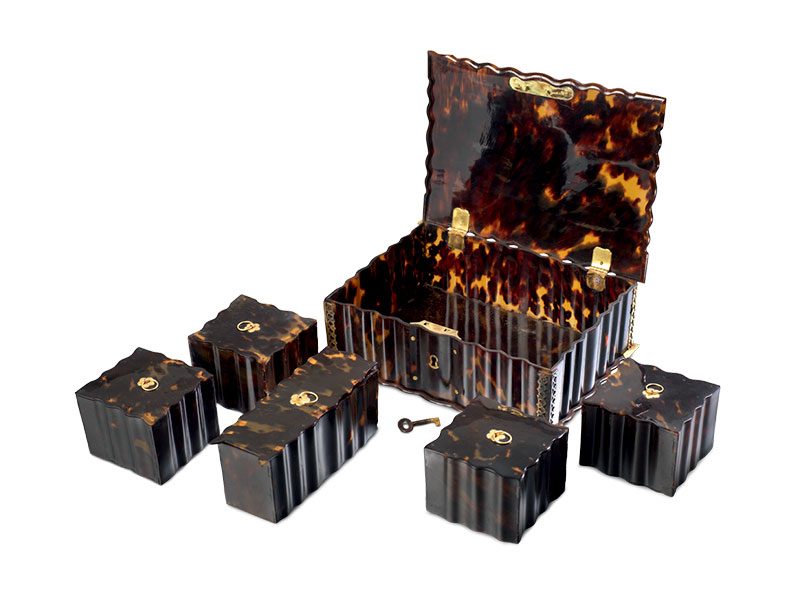 A shaped rectangular casket, entirely made out of sheets of semi-translucent and scalloped tortoiseshell, reinforced with gilt metal openwork mounts at the corners. The cover is attached to the box by two gilt metal hinges.  Unusually, the interior is fitted with five tortoiseshell boxes that fit precisely: four shaped square boxes with covers and one rectangular box in the middle.  Each box lid has a circular gilt metal pull attached to a five-leaved plate. The casket is fitted with a gilt metallock and retains its original key.

Caskets such as this were made in the Dutch colonies of Sri Lanka and Indonesia to accomodate the chewing of betel, which became increasingly popular in the 18th century among Europeans and involved mixing betel leaves and nuts with lime and other ingredients. They are usually called sirih caskets; sirih meaning betel nut. The present casket is uncommon, with five boxes snugly fitted to the interior.  Betel nuts and leaves were mixed with many different ingredients, so it is certainly possible that this casket was used for the purpose of chewing betel nuts.