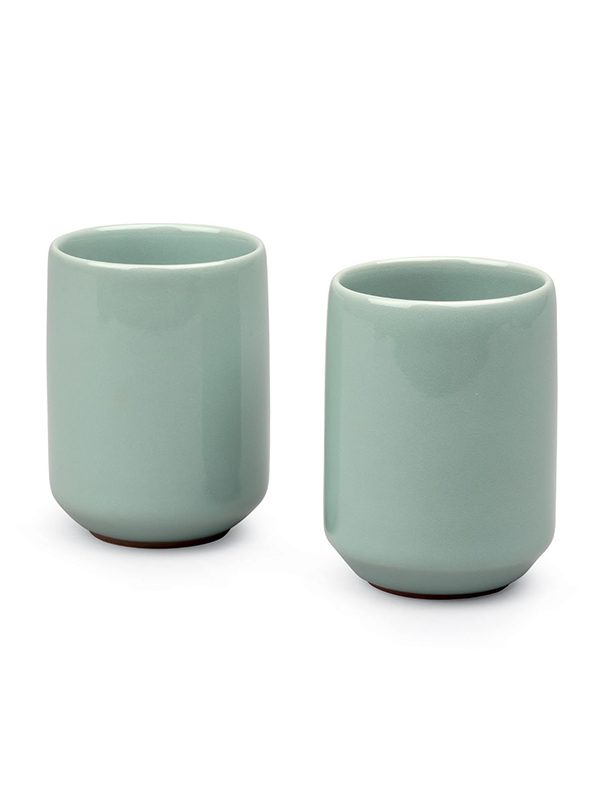 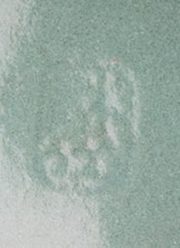 Two small porcelain cups, each with a cylindrical body supported on a small, unglazed foot ring, the bases glazed. The sides are completely unadorned and taper inwards slightly at the top. The inside and outside of both vessels is completely covered in a rich celadon glaze. The base of each vessel is stamped with the maker’s mark. The cups retain the original wooden tomobako or storage box, which is inscribed to the top Kotobuki-game, Yunomi, Ichi, Sozan (A pair of tea cups in the shape of auspicious jars, made by Sozan) and stamped with the seal of Sozan.

Suwa Sozan III (1932-2005) was born in Kyoto, and studied initially under Living National Treasures Tomimoto Kenkichi and Kondo Yuzo. He received the name Suwa Sozan III in 1970, and lived up to its prestigious following with a variety of works bringing prizes and exhibitions both Internationally and domestically.  These include the Kofukai Prize, the Nitten, and the Kyoten Governors Prize among many others. Like his grandfather Suwa Sozan I, he made ceramics in the style of refined Chinese monochrome wares, particularly celadons.