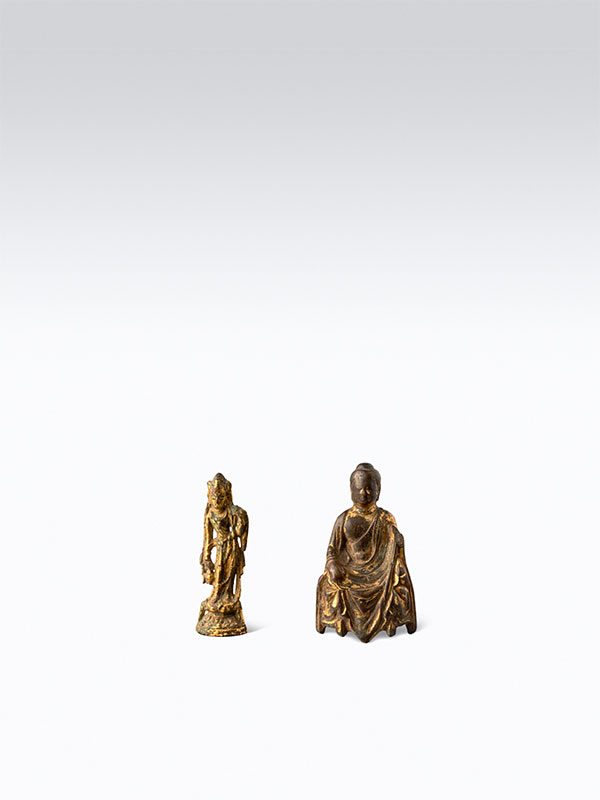 Two miniature giltbronze figures. One is of Buddha, depicted seated on a lotus throne, dressed in a long, flowing robe that covers his left shoulder and leaves his chest uncovered. He rests his right hand on his knee, and his left hand was originally raised. The other depicts the avalokitesvara Guanyin, standing on a lotus plinth, the sinuous body dressed in scarves and necklaces.

The miniature seated Buddha strongly resembles an example in the collection of Dr Paul Singer, also dated to the Tang dynasty, which was exhibited in New York in 1977.[1] Included in the same exhibition was a miniature standing gilded bronze bodhisattva avalokitesvara from the collection of Mr and Mrs Richard C. Bull.[2]

Provenance: The collection of Louise Hawley Stone (1904 – 1997), Toronto, Canada. She was the Royal Ontario Museum’s first volunteer and was also a major donor, fundraiser, Board member and committee chair.