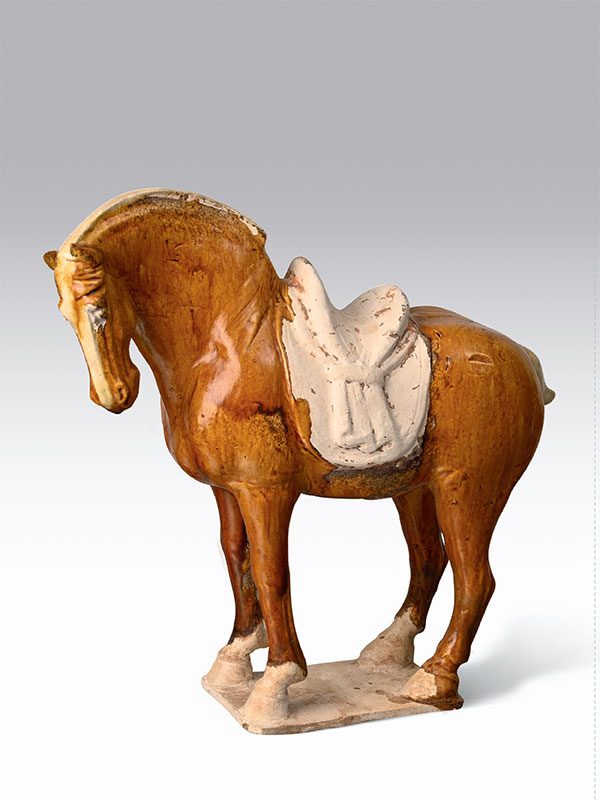 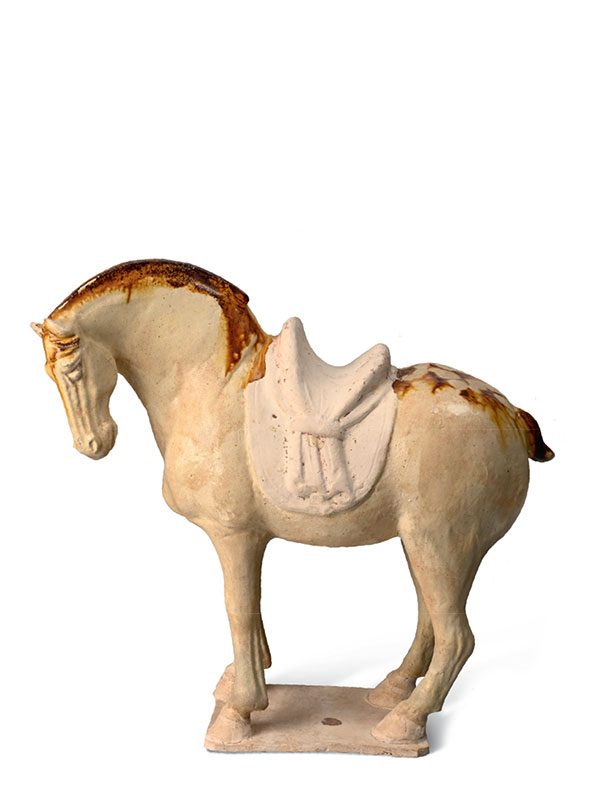 Two pottery models of saddled horses, each standing foursquare on a rectangular plinth with rounded corners. Each horse has the head bowed and slightly inclined towards the left, with a demure expression. The saddles rest on saddlecloths and are wrapped in a cover, which is knotted below the saddle on either side. One horse is almost completely covered in a deep amber glaze, picking out the front of the head, the mane and the tail in a cream glaze. The colour scheme is reversed on the other horse, which is covered in a cream glaze, leaving the mane and the tail covered in an amber glaze and with a mottled amber glaze on the back. The saddles of both horses are unglazed, as are the horses’ hooves.

It is unusual to find a pair of horses with the colour scheme reversed, as in this pair. It would indicate that the pair was meant to be together, and it is remarkable that they are still together today. During the 6th and through the 8th centuries, tomb figures of horses evolved from fragile, sticklike creatures into robust chargers.[1] Most of the pottery burial objects like these fine pottery horses, whether glazed or unglazed and displaying fine modelling, tend to date from the second half of the 7th century or the first half of the 8th century, which was also the time of the greatest affluence of the Tang dynasty.[2] A large standing model of a horse, covered with a cream and brown glaze, was exhibited in London in 1970.[3]