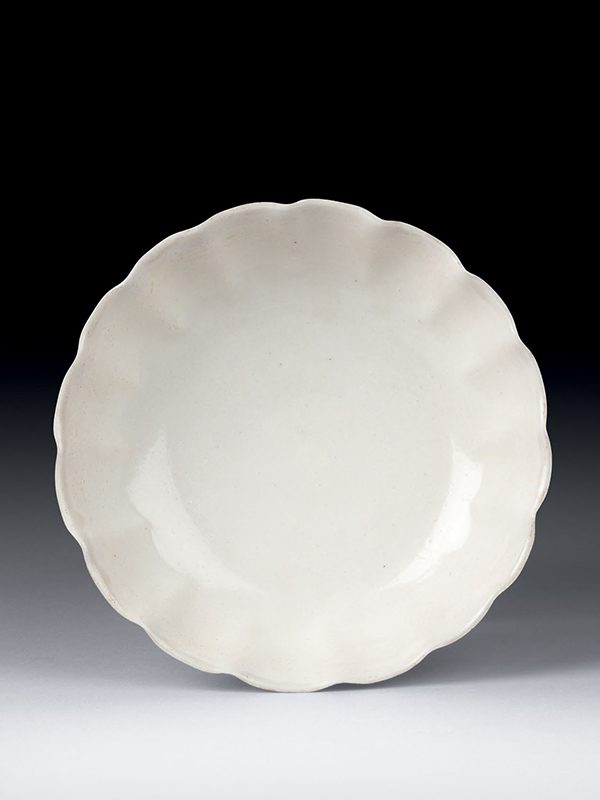 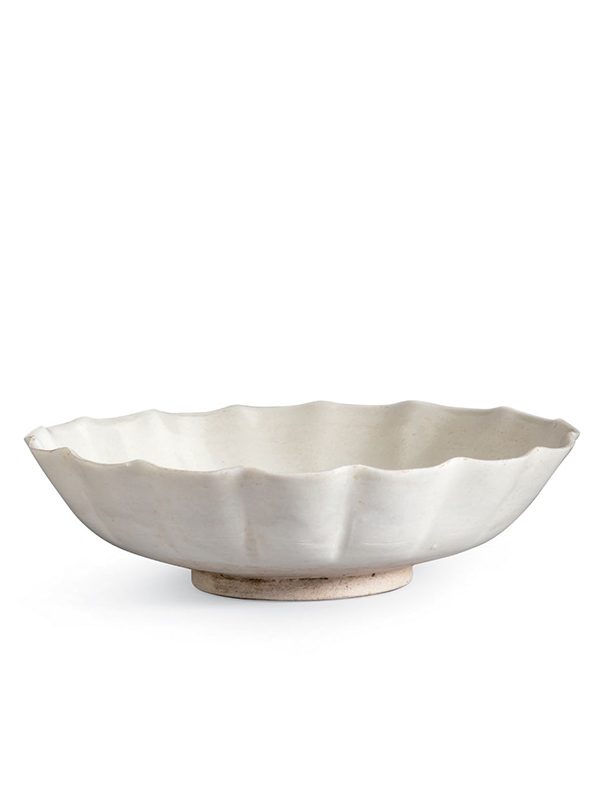 A white stoneware dish, supported on a neatly cut straight ring foot, the broad rim rising gently from the rounded sides and divided into lobes. The thinly potted stoneware is covered in an ivory-tinged glaze that terminates in an irregular line just above the base, leaving both base and foot unglazed, exposing the greyish-white body.  Some remains of earth adhere to the unglazed areas.

The combination of hard paste, thin potting and a greyish-white body suggests that this superbly elegant lobed dish was most probably made in the highly regarded Xing kiln, located in present-day Neiqiu in Hebei province. Scientific archaeological discoveries have revealed that white stoneware was first made at the Xing kiln during the Tang dynasty.  In terms of technical knowhow, the Xing kiln inherited much from the Northern Dynasties, and developed to the point where it acquired renown as the best of its time.1 The interaction between Song dynasty metal and ceramic forms is omnipresent, and similar poly-lobed dishes in silver were made during the Song dynasty. A comparable Xing-type white glazed dish, bigger in size and with similar rounded sides divided into ten lobes, is in the collection of the Lingcheng County Culture Relic Preservation Institution in Hebei province.2  Two other comparable examples, one with rounded, five-lobed sides, the other with widening sides and a ten-lobed rim were both formerly in the Carl Kempe Collection.3