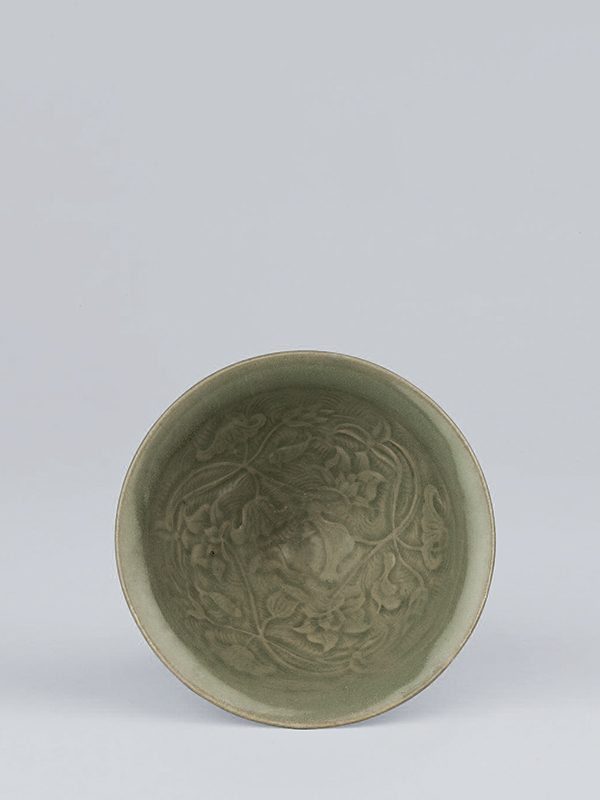 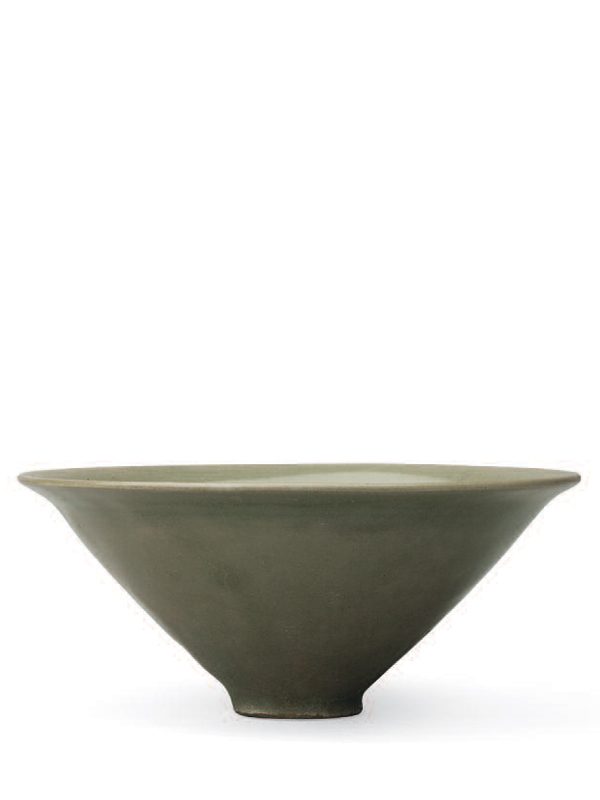 A stoneware bowl of wide conical shape with a flared rim and a short, straight foot. The interior of the bowl is mould­-impressed with a lotus pond scene, with lotus blossoms and leaves interspersed among elaborate tendrils, and two fish swimming through wavy water, which is engraved with a linear comb pattern. The exterior of the bowl is plain. The bowl is entirely covered in a lustrous translucent olive­-green glaze, which pools to a slightly darker colour in the recesses. Small clusters of kiln grit adhere to the base.

This finely made stoneware bowl is characterised by fine, competent potting, which was executed on a wheel, after which the sides were thinned down using a special tool. During the Song period, the use of moulds to create a decorative pattern became commonplace.[1]   The Chinese fascination for green­-glazed high­-fired wares goes back to the introduction of the earliest glazes and, in the case of yaozhou wares, continued well into the 14th century.[2]  The lotus motif frequently appears in the early period.[3]  A closely comparable Song dynasty yaozhou bowl impressed with a bunch of flowers and also engraved with a linear comb pattern, slightly smaller in size but similar in both the flared rim and the plain exterior, is in the collection of the Palace Museum, Beijing.[4]  Another comparable yaozhou bowl with a design of ducks among waves, similar in size, the colour of the glaze and dated to the Northern Song dynasty, is in the collection of the Victoria and Albert Museum.[5]  A third comparable Northern Song yaozhou bowl impressed with a decoration of four boys climbing plants, similar in size and shape, is in the Sir Alan Barlow collection in the Ashmolean Museum in Oxford.[6]