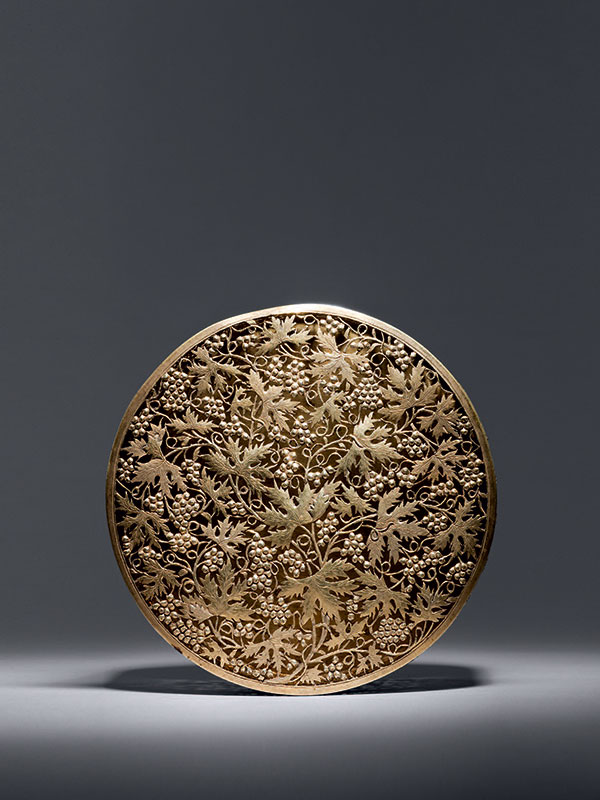 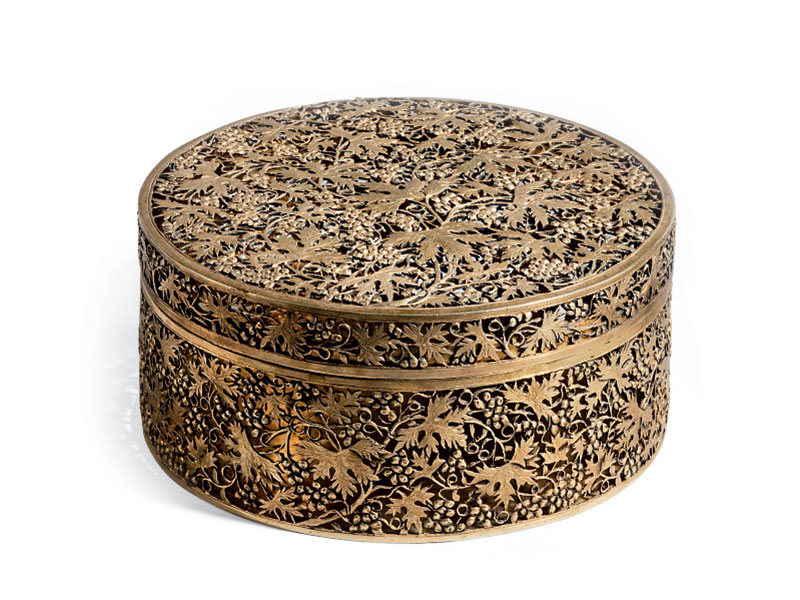 A silver gilt box of circular form with a slightly domed cover. The cover and the straight sides are decorated with an intricate pierced design of bunches of grapes, vines, leaves and scrolling tendrils, all evenly distributed. The interior is also gilded. The flat base has a two-character maker’s or workshop mark of Hui Xing.

This beautifully made and unusual silver gilt box with its intricate openwork design represents the perfection of workmanship by silversmiths in China. As far as the design is concerned, so-called ‘lion and grapevine’ mirrors were popular already during the Tang dynasty.[1] The design of bunches of grapes remains popular in the decorative arts of the Ming (1368 – 1644) and Qing (1644 – 1911) dynasties. The motif implies a wish for ceaseless generations of sons and grandsons.[2] It is not uncommon to find the grapevine motif on Chinese export silver, but it is rare to see a piece entirely decorated with this motif in openwork design. A silver cake basket adorned with a frieze of grapevine motif in openwork design, made in the mid-19th century for the American market, is the only comparable example published.[3] Hui Xing, probably known to Westerners of the time as Huishing, is one of the silversmiths of the late China Trade period, and was active between 1840 and 1885.[4] Only two other export silver pieces with the same Hui Xing mark have been published; both are tea kettles: one is in the Chait collection,[5] and the other is in the Joseph M. Bell, Jr. collection.[6]