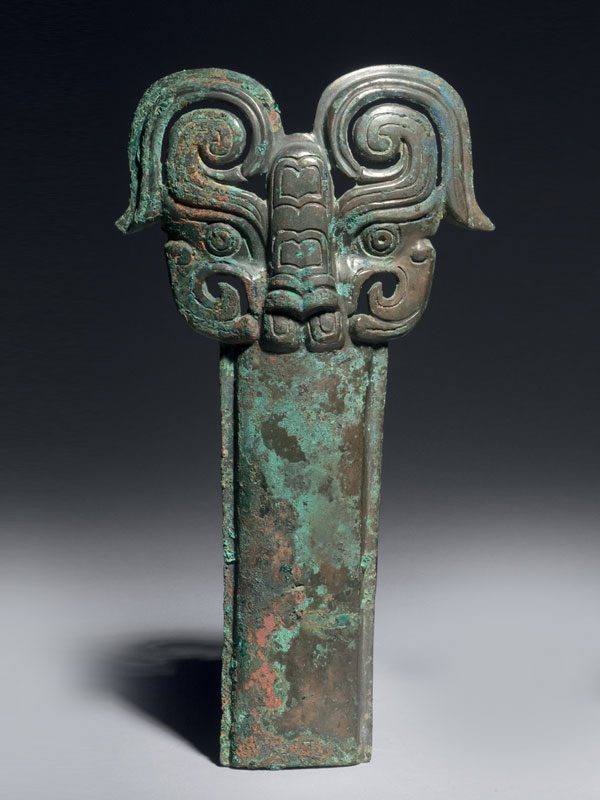 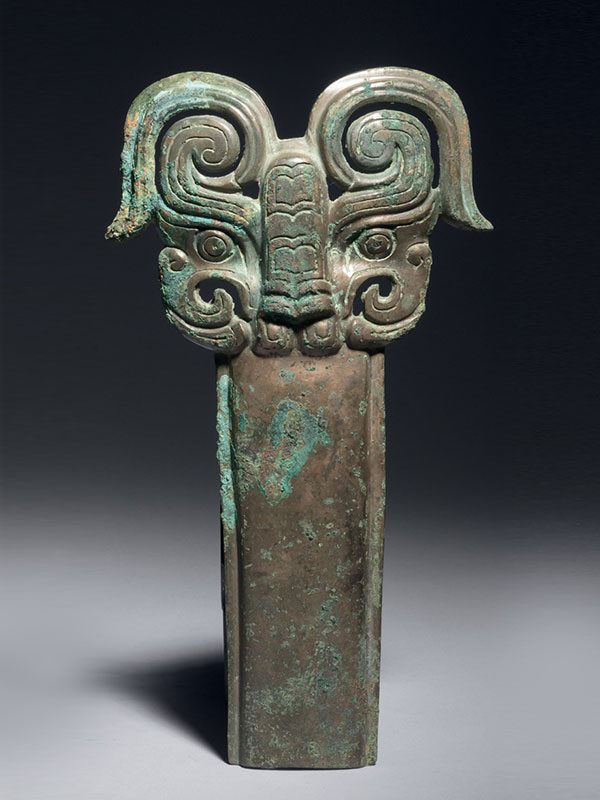 A pair of bronze harness frontlets, each composed of a taotie monster mask surmounting a plain vertical bar. Each taotie monster mask is moulded in openwork and high relief with bulging eyes, curled horns, a protruding nose and a wide-opened mouth. The back of the frontlet has three looped slots for fastening. The pieces are partially covered in a bright green patina.

These bronze harness frontlets were used as an ornament worn on a horse’s forehead. The bar of the harness frontlet presumably lay along the nose of the horse, with the monster face at the top, sitting on the horse’s forehead. Cords passing through slots on the back would have held the bronze in place. Taotie is a monster’s face often found on archaic Chinese bronze vessels during the Shang and Zhou dynasties. Its meaning is still under academic debate, though most scholars favour an interpretation that taotie faces have a meaning in a religious or in a ceremonial context. Two bronze harness frontlets that similarly have a taotie mask on top of a bar, dated to the Western Zhou dynasty, are in the collection of the British Museum.[1]   Three individual bronze frontlets dated to the Western Zhou dynasty, decorated either with a taotie or a tiger-like monster design, are also in the collection of the British Museum (fig. 1).[2]