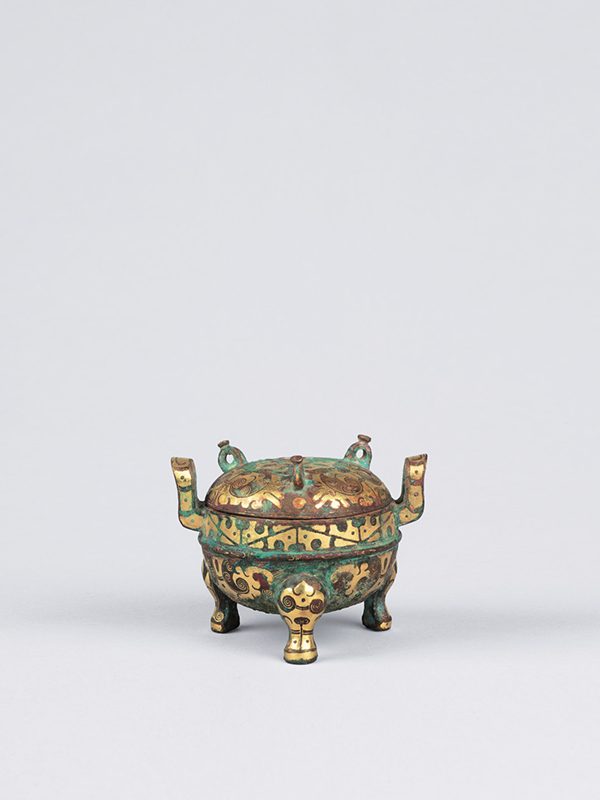 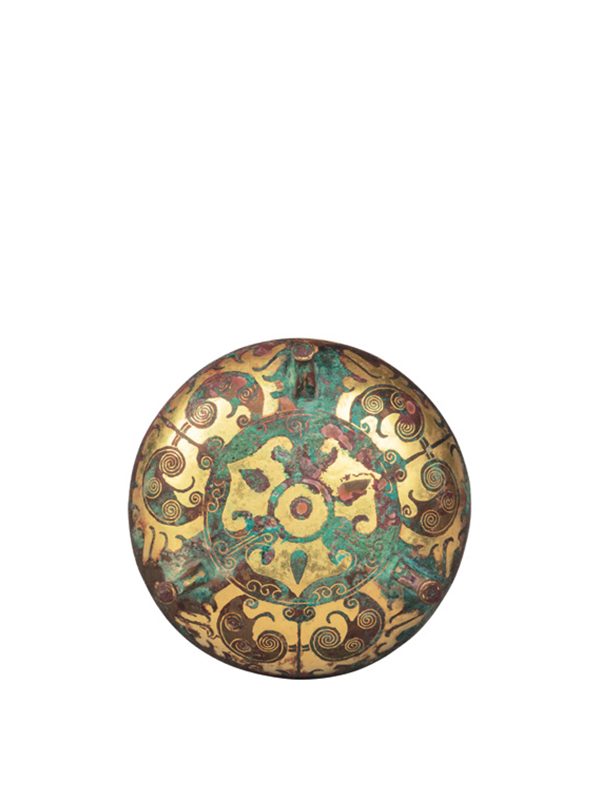 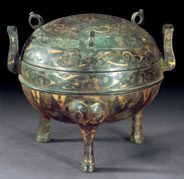 A miniature gold inlaid bronze vessel, ding, of conventional form, the bulbous body supported on three cabriole legs, which end in round feet. The body is divided into two horizontal sections by a raised ridge, whilst two U-shaped loop handles are attached to the shoulder. The domed cover has three moulded rings on top. The vessel is inlaid with intricate geometric swirling and triangular motifs. It is of even dark brown colour with a green patina.

Ding, used for cooking, storage and ritual offerings to the gods or ancestors, is one of the most important shapes in Chinese ritual bronzes. The ding’s earliest appearance is in the pre-Shang period at the Erlitou site. It is associated with rituals and became a symbol of authority during the Zhou dynasty, when the number of ding permitted was correspondent to one’s rank in the Chinese nobility. The nine Ding of the Zhou kings served as a symbol of their rule over all middle kingdoms. Miniature bronze vessels such as the present example have been made since the Shang period, most often expressly for burial. By the last decades of the 3rd century BC, lavishly decorated miniatures were often made as luxurious novelties for the living as well, a fashion which continued well into the Han dynasty (206 BC – 220 AD).[1] Two small size bronze ding of comparable form and inlaid with gold or silver are known: one dated to the mid Warring States period was excavated from Xianyang, Shaanxi province (fig. 1).[2]   Another example dated to the 5th century is in the Pillsbury collection at the Minneapolis Museum of Art.[3] According to So, due to surviving examples of other vessel forms, such as small bronze hu inlaid with silver or gold, they were made in sets of different vessel types.[4]