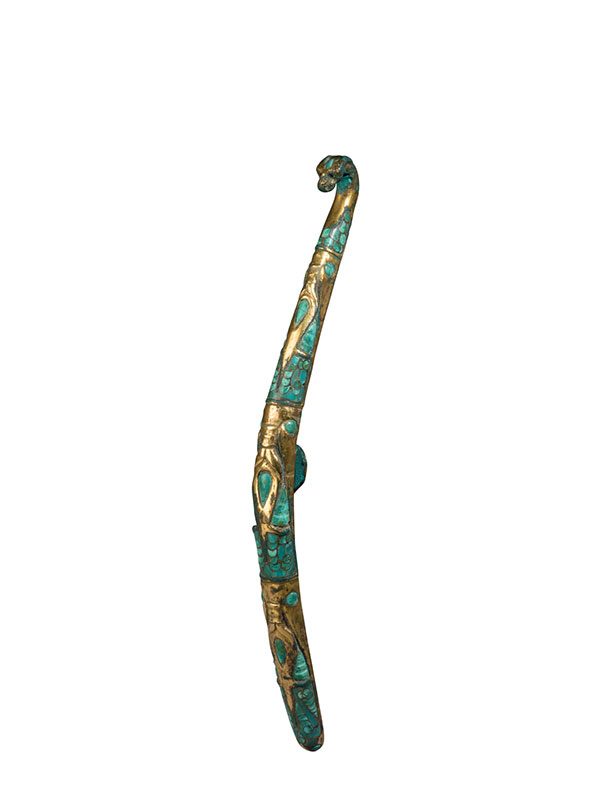 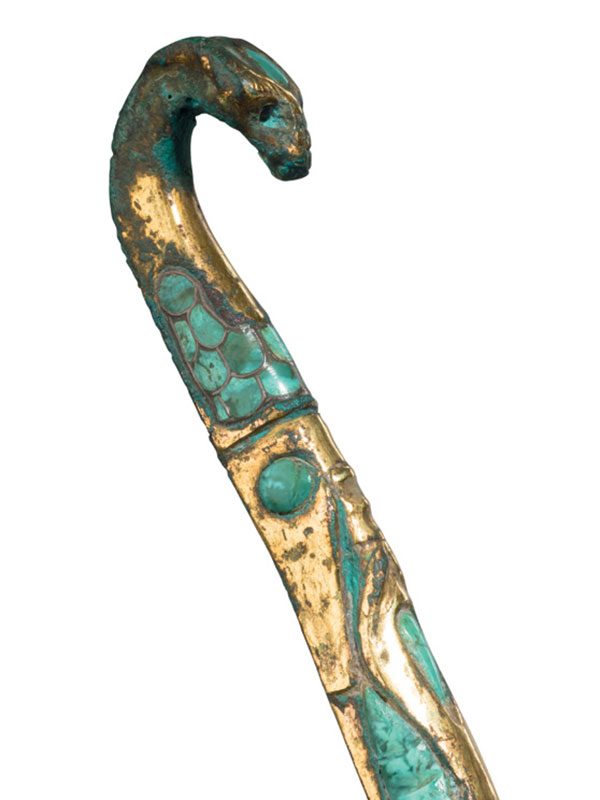 A long garment hook of rounded form, the top end terminating in a stylised dragon’s head with pointed snout and short horns. The body of the hook is inlaid with turquoise cabochons, either cut in a teardrop shape or as scales, interspersed with the gilded bronze exterior. At the back of the hook is a gilded knob, engraved with a pattern of whorls. The reverse of the garment hook is overlaid with sheets of silver. The turquoise is of bright green colour, contrasting sharply with the yellow gilding.

Garment hooks, daigou, also known as xipi in ancient Chinese language, were actually meant to have a practical function. They were either used to secure the belt or to fasten a sword or other implement to the belt. The semi-precious material from which it was crafted would almost certainly have been assumed to protect the wearer from harm, and the lustrous decoration reflects the craftsman’s concern for colouristic effects. Some comparable bronze garment hooks with a similar dragon head finial and also inlaid with turquoise stones, dated to either the Warring States period or the Han dynasty, are respectively in the collections of the Metropolitan Museum of Art,[1] the the British Museum,[2] the Freer and Sackler Galleries (fig. 1)[3] and the National Museum of History, Taiwan.[4]