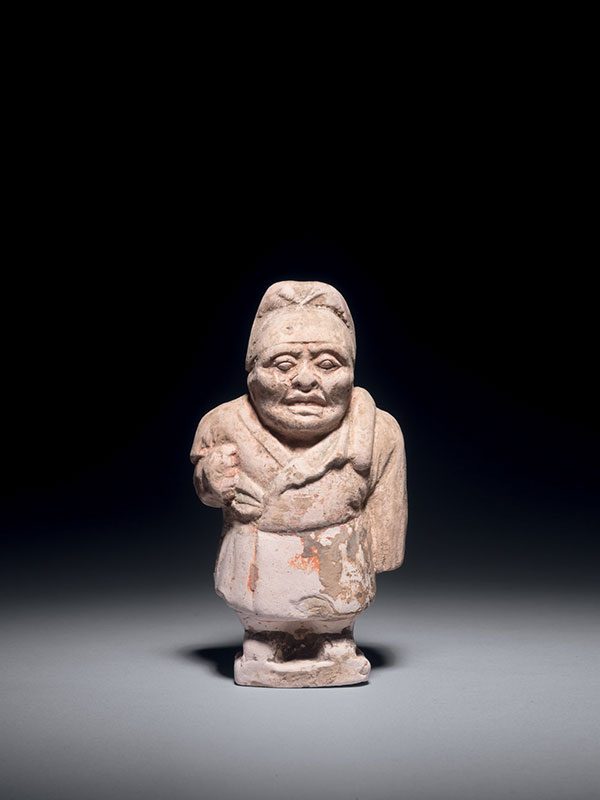 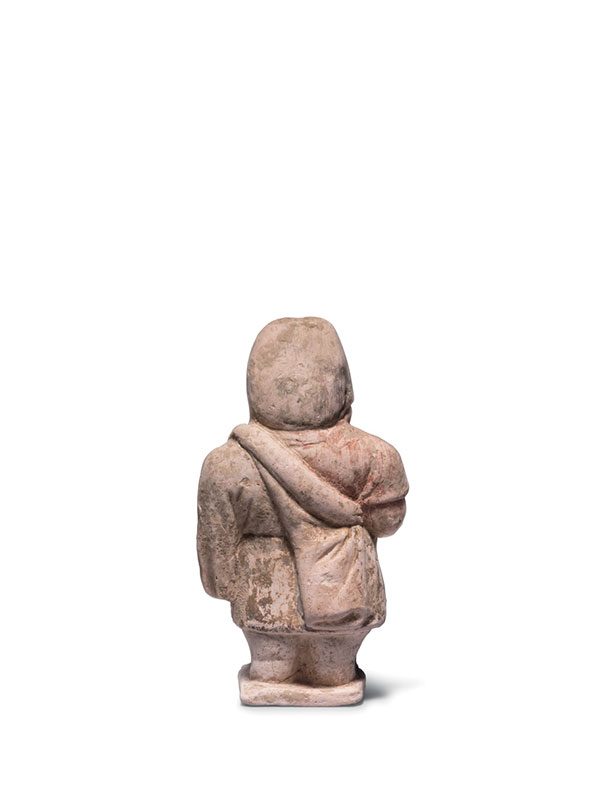 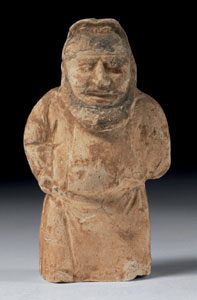 An unglazed pottery figure of a dwarf. He wears a short, overlapping coat, which is tied with a belt at the waist and has widely flared lapels. His right arm is half raised and the fist is clenched, whilst his left arm hangs beside his body. He carries a large sack across his shoulders. His feet are shod in boots. The head is covered with a tightly fitting hat, and the precisely modelled face has an amused expression with deeply defined facial features. Some traces of red pigment are visible on his clothes.

It is well known that the potters of the Tang dynasty took great delight in depicting the unusual characters that arrived in China along the flourishing trade routes.[1] Figures of foreign grooms are often seen, as are servants and entertainers. Dwarves, however, are very rare. They were mostly sent from Africa, Japan or Southeast Asian kingdoms to the Tang court or nobility as tribute gifts.[2] The facial features of this pottery figure are distinctly non-Chinese and have been slightly exaggerated for effect. Six unglazed pottery dwarves, closely comparable in size and style, were excavated from the Zhao Mausoleum of Emperor Taizong (599 -649) and are in the collection of the Zhaoling Museum, Shaanxi province.[3] Another comparable example, similar in size, gesture, facial expression and costume, is in the collection of the Metropolitan Museum of Art (fig. 1).[4] Two glazed Tang pottery dwarves of comparable style are in the Eugene Fuller Memorial collection at the Seattle Art Museum.[5]