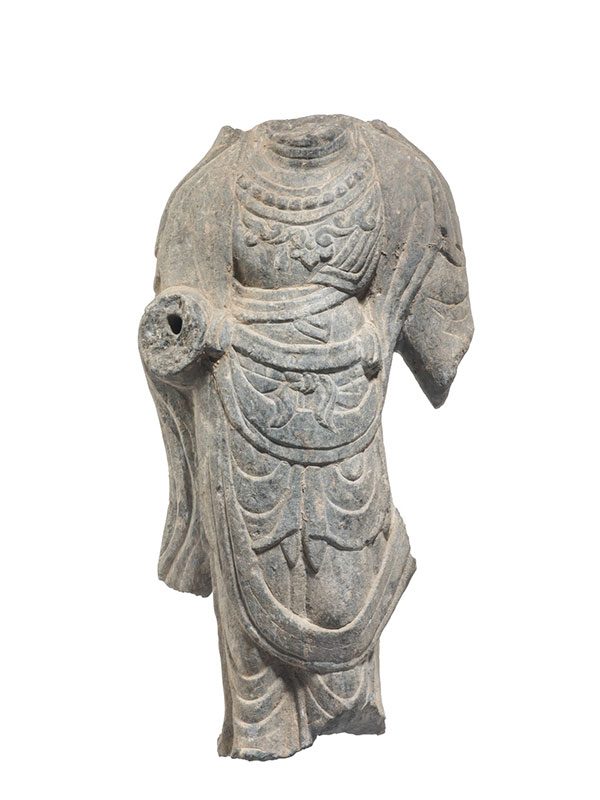 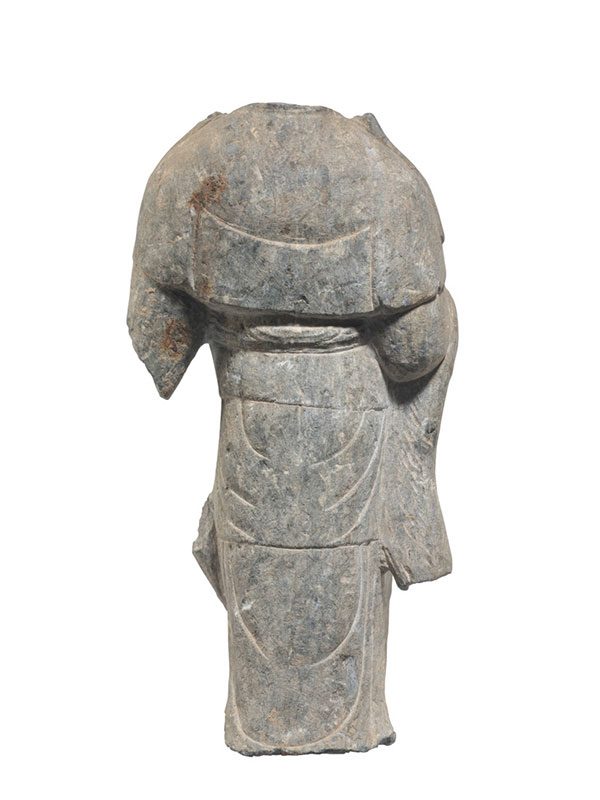 A limestone torso of a bodhisattva, the round body is carved in a sinuous, tribhanga (triple-bent) posture. The body is dressed in a swagged skirt (dhoti), which is tied in a knot just below the waist, the graceful folds clinging tightly to the hips and legs, the end draped over the right arm. A scarf is tied diagonally across the shoulder and chest, and elaborate necklaces with swags and pendants encircle the neck. The robes and scarf are more perfunctorily indicated with engraved lines on the back of the sculpture.

This small but powerfully carved torso of a bodhisattva shows the strong influence of the Indian Gupta period on Chinese Buddhist sculpture, with the characteristics of the sensuously depicted body, diaphanous clothes and elaborate jewellery. The marked tribhanga or ‘triple-bent’ stance, which is not seen in Buddhist sculpture of the Tang dynasty (618 – 906) is generally assumed to derive from Indian dance and theatre postures. The type of carving and the style of this bodhisattva are seen also on a white marble torso unearthed from the grounds of the Daming Palace, the Imperial residence just outside Xian in 1959 (fig. 1).[1] The diagonal scarf, jewellery and elaborately pleated skirt are comparable to those on a white marble torso, part of a hoard unearthed at Wangjiaxiang, Xian.[2] A torso in the Eugene Fuller Memorial collection at the Seattle Museum has a similar, somewhat exaggerated tribhanga stance.[3]