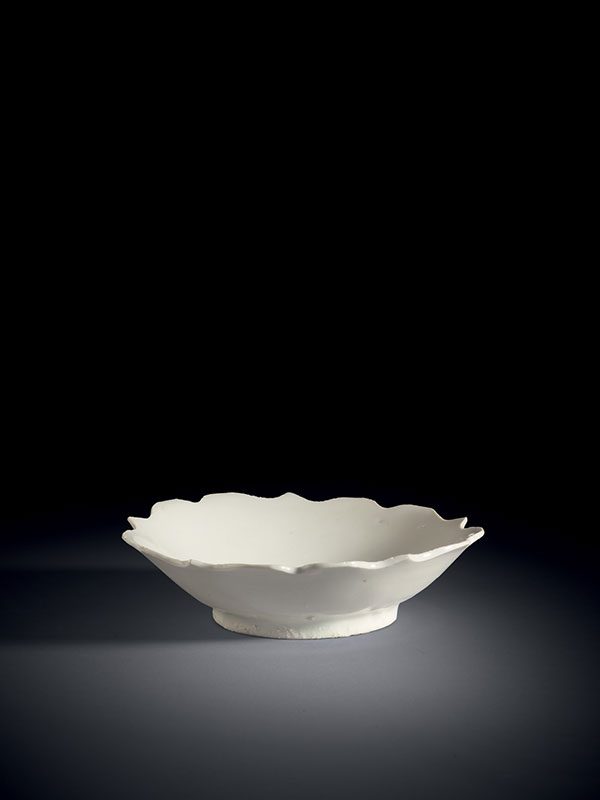 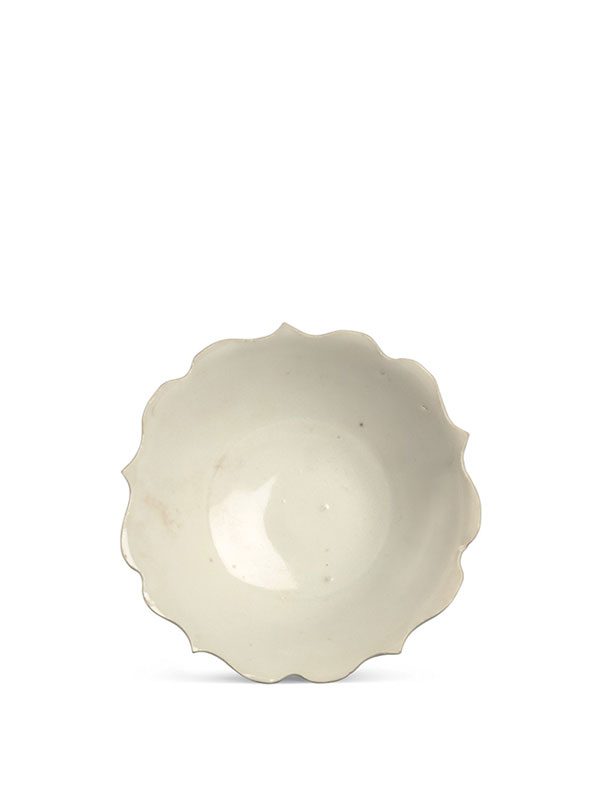 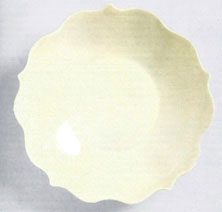 A white porcelain dish, the gently rounded sides supported on a low ring foot. The edge of the broad rim is cut with a knife into an undulating rim that incorporates five bracket-shaped rounded sections and five sharply pointed sections. The thinly potted stoneware is unadorned and covered in an ivory tinged glaze that leaves only the white body on the base unglazed. A number of characteristic ‘tear-drop’ markings in the glaze are visible on the outside of the dish.

The combination of hard paste, sophisticated thin potting, very fine white body and ivory tinged glaze of this exquisite bowl indicates that it was made at the highly regarded Ding kilns, located in Hebei province. Production began in the latter part of the Tang dynasty and its origins were inextricably linked with those of the Xing kilns, which had been considered as the predecessor of Ding wares; both wares being made in Hebei province.[1] Five-pointed dishes of this type are rare. A slightly larger Ding dish with a closely comparable five-pointed rim, dated to the Tang or Five dynasties, 10th century, is in the Meiyintang collection (fig. 1).[2] A very similar five-petalled dish was included in the O.C.S. exhibition China Without Dragons, held in 2016.[3] Examples of the more common quatrefoil form, either identified as Xing or Ding wares, are respectively in the Victoria and Albert Museum,[4] the Kempe collection,[5] and the Meiyintang collection.[6]