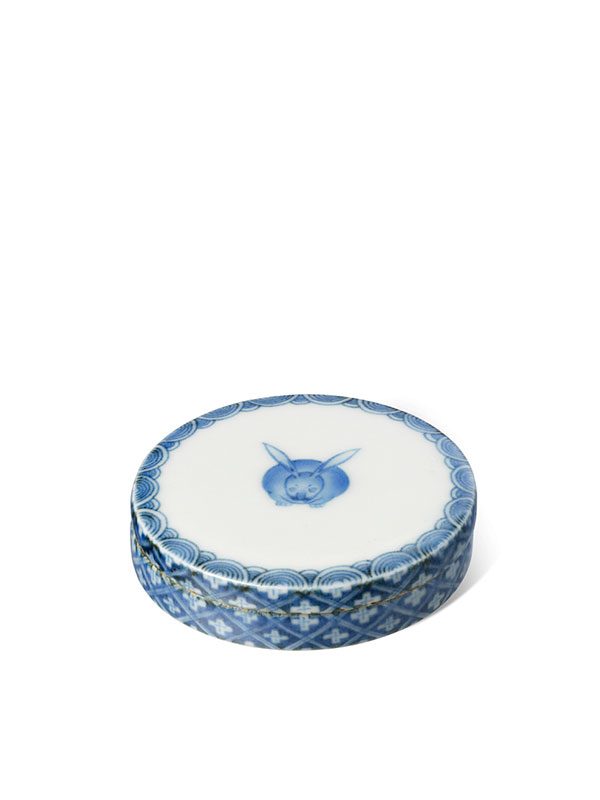 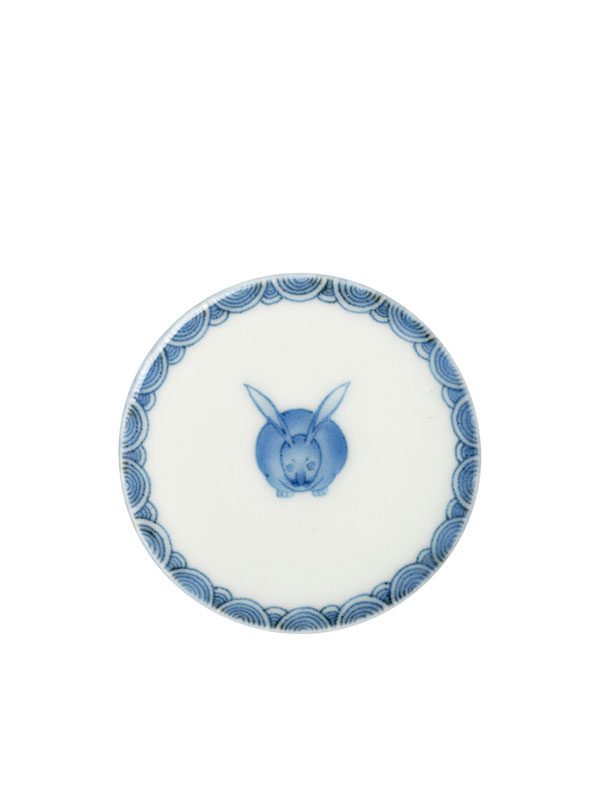 A porcelain box of cylindrical shape, the two parts fitting snugly together. The flat top is painted in underglaze blue with a hare, seen head on and sitting with his large ears spread out. Around the border is a row of semi circles. The sides of the box are painted with a quatrefoil diaper pattern. The slightly recessed centre of the base has a square seal mark, reading Koransha. The interior is covered in a plain white glaze. The rims of the box as well as the foot rim are unglazed. The box is contained within a fitted wood box (tomobako). 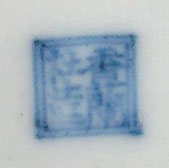