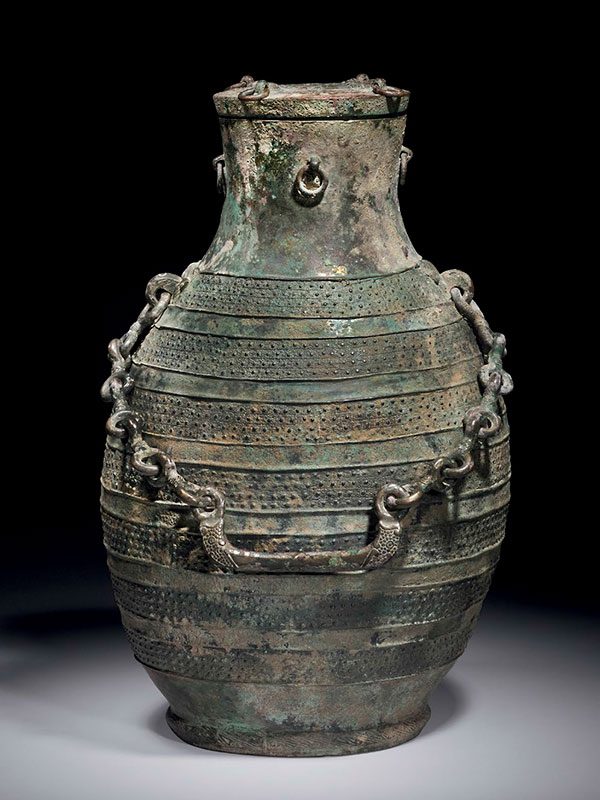 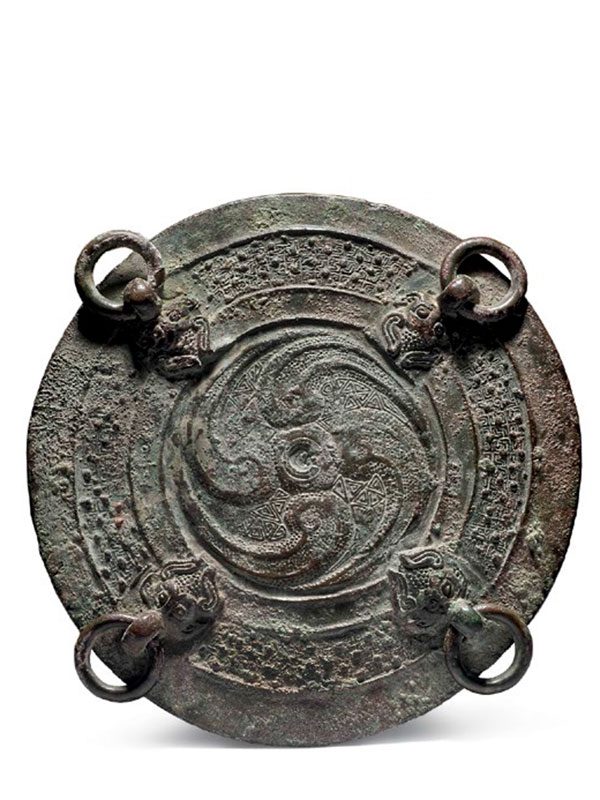 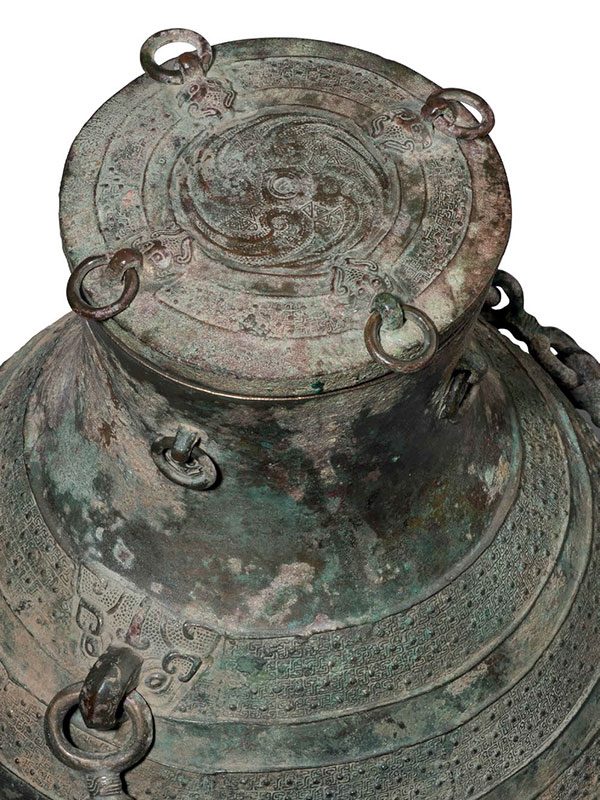 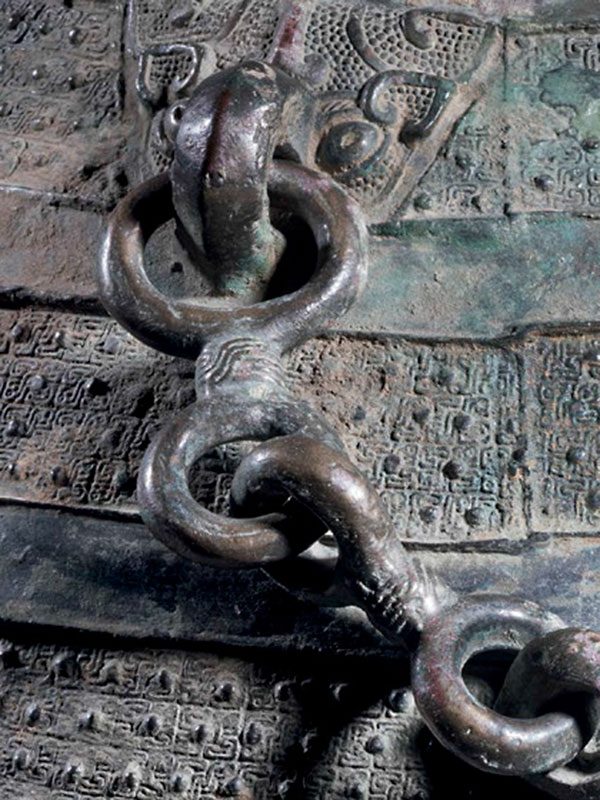 A bronze covered wine vessel, hu, the pear shaped body supported on a circular foot cast in imitation of twisted rope. The vessel itself is cast in four sections. The slightly waisted neck terminates into a flared mouth. The vessel is decorated with seven bands of low-relief pattern of densely packed meanders and raised dots. In between these bands of low-relief pattern are six plain, concave bands. A chain consisting of double-eyed links is joined by a yoke-shaped handle, which has monster mask finials and is attached to two large taotie masks applied just below the neck of the vessel. Four tiny ring handles, issuing from taotie masks, are attached to the neck of the vessel. The four rings correspond to four similar rings attached to the cover, which is decorated with a central design of four comma-shapes, surrounded by a repeat of the low-relief pattern found on the vessel. The vessel has a subtle grey-green patina overall.

Bronze hu, according to record of Zhou Li and some bronze inscriptions, were used as wine containers in sacrificial ceremonies or larger banquets in ancient times. Bronze hu of this type, typically set on a low ring foot patterned to resemble twisted rope, with a lid attached to a long chain handle and four movable rings at the neck, have been recovered in central and southern China, including Henan, Hebei, Shandong, and Guangdong provinces.1  Archaeological excavations have provided evidence that ropes were most probably passed between the rings around the neck and the corresponding ones on the lid so as to hold the lid firmly in place while the vessel was being carried about. If so, this feature, like the chain handle, clearly facilitate transport, which supports the likelihood that hu of this type were made especially for troops or for the court in transit.2  Various bronze hu of similar form, with slight variations, have been published. The two closest comparable examples, of a nearly identical shape, with seven bands of low-relief pattern and dated to the late 6th century BC, are respectively in the Arthur M. Sackler Museum, in Cambridge, Massachusetts (fig. 1)3 and in the Stewart M. Marshall collection, which was exhibited at the Stanford University Museum of Art in 1958.4 According to Watson, these bronzes are known as the ‘Xinzheng’ (Hsin Cheng) style.  The present example clearly falls into this style.5 Slightly smaller bronze hu of very similar style but with only five bands around their bodies, and dated to the same period or slightly later, are respectively in the Meiyintang collection,6  the Richard J. Salisbury collection exhibited at the Metropolitan Museum of Art in 1982 and the China House Gallery, China Institute in America in 1991,7 and also in the collection of the British Museum.8  A very similar bronze vessel was included in Ben Janssens Oriental Art 2003 catalogue.9 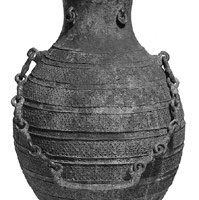