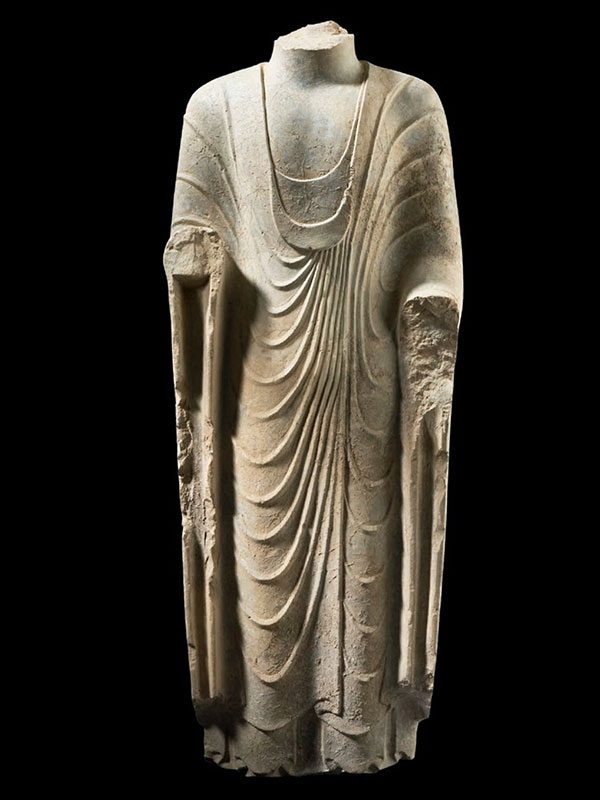 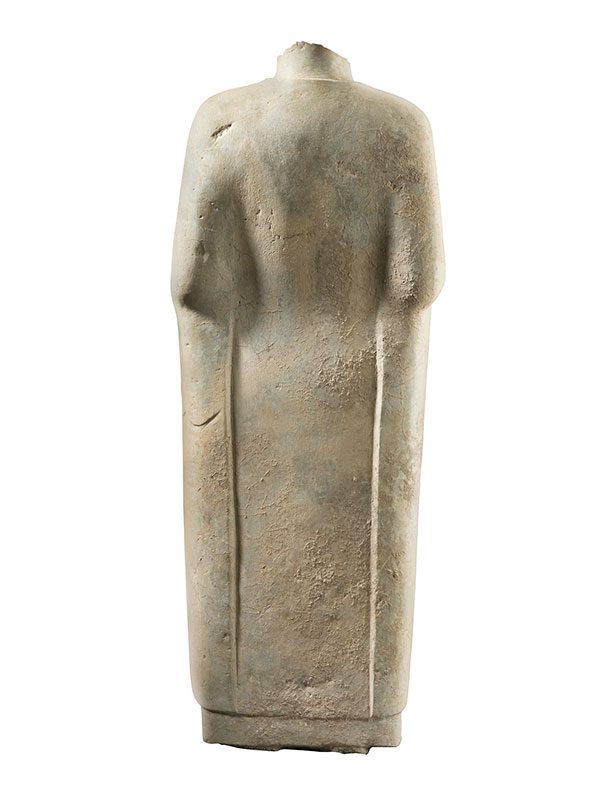 A carved limestone torso of Buddha, the body covered in clinging, overlapping robes. The front of the outer robe has U-shaped folds all over. The top hem of the robe is turned over, leaving the upper part of the chest exposed. The remains of the arms are covered in the long sleeves of the robe. The hems of the robes are carefully pleated at the bottom. Root marks, the remains of burial, are visible on the buff-coloured stone.

Early Buddhist sculpture in China owes much to the Indian tradition and is particularly influenced by sculpture produced during the Gupta period (4th to 6th century). It was during this period that the quintessential Buddha image was created. The Buddha’s left hand originally pointed downwards in the varada mudra, signifying ‘your wish is granted’. His right hand would have been raised in the abhaya mudra, the hand position indicating ‘fear not’. Stylistically, this torso can be compared to a sandstone torso of Buddha Shakyamuni dated to 529 from the Wan Fo temple in Chengdu, which is now at the Sichuan Provincial Museum in Chengdu.[1] The sculpture is also remarkably close in style to a larger standing Buddha discovered at the Longxing Temple in Qingzhou, Shandong province in 1996, which was exhibited at the Museum Rietberg in Zürich in 2002.[2] Particularly the emphasis on the three-dimensionality of the soft garments is strikingly similar to that on the present torso.