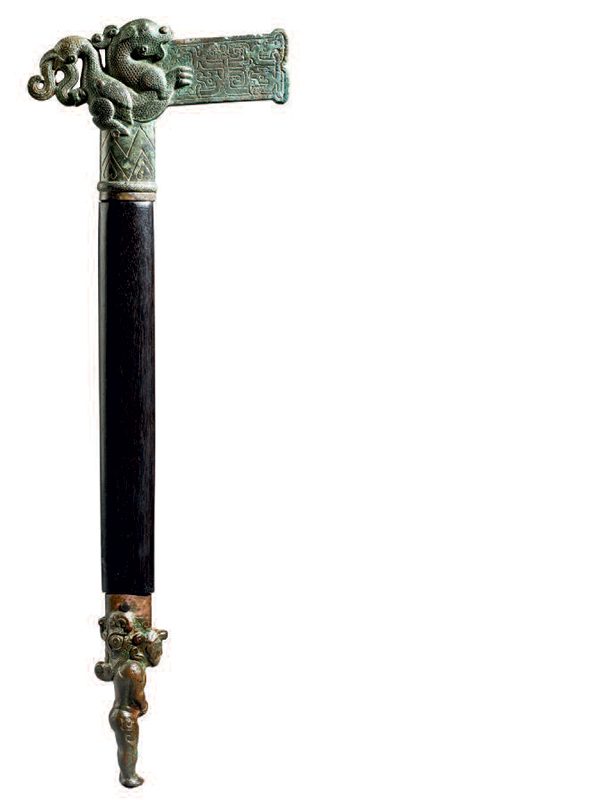 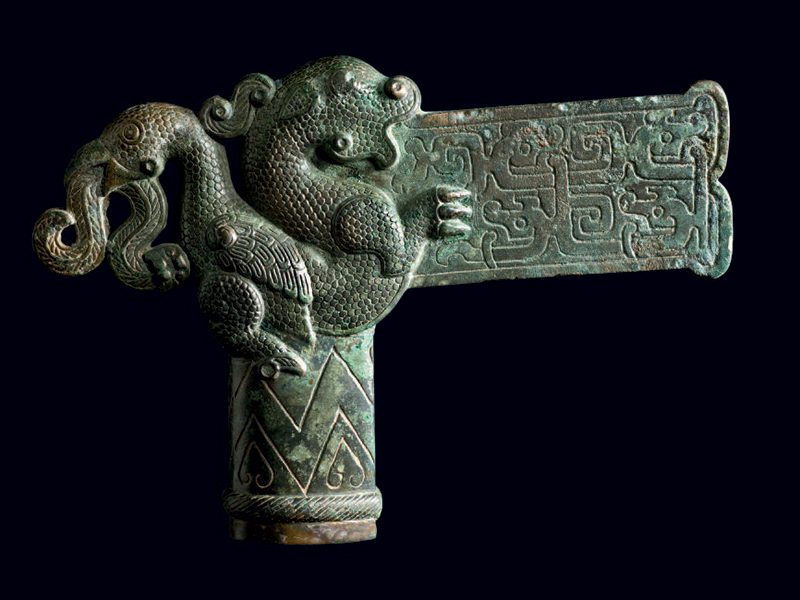 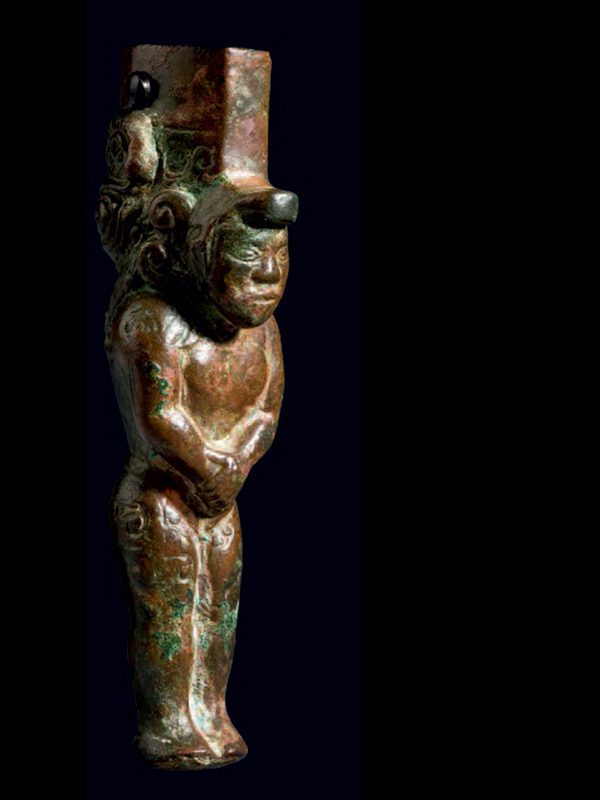 A ceremonial dagger-axe (qi) with a flattened tubular socket, on top of which sits a hybrid mythical creature, consisting of a phoenix holding a serpent in its beak, and a dragon, the latter clasping the blunt blade of the axe with its jaws and claws. The animals are completely covered in dense, finely grained scales. The blade is embellished with archaistic strapwork composed of stylized dragons in low relief. The tubular fitting has a chevron pattern. The matching ferrule, or end fitting (zun) takes the form of a standing man, depicted naked, clasping his hands together in front of him. His slightly bowed head is crowned by an elaborate headdress, formed as a stylised, horned dragon’s head, which appears to be devouring him. The ferrule has two small holes for attachment. Both pieces have a deep green patina, the zun has areas of cuprite.

This small dagger-axe was originally mounted on top of a long wooden pole, with the ferrule forming the end finial on which the pole rests. The entire piece was intended as a ceremonial object, not as a practical weapon, which is evident from the bluntness of the blade. The two bronze pieces are unusual in their decorative motifs: the combination of a dragon and a phoenix, and the depiction of either a dragon or a tiger devouring a human, can be found in jade objects dated to the Shang and Zhou dynasties but is rare in bronze pieces. A jade pendant with a comparable hybrid dragon.and.bird motif, dated to the Warring States period, is in the collection of the Palace Museum, Beijing.[1] An extraordinary bronze chariot adornment moulded with a tiger devouring a human’s head, dated to the early Western Zhou dynasty, is in the collection of the Shanghai Museum.[2] A ceremonial dagger-axe decorated with a similar sinuous dragon and its accompanying ferrule decorated with animals, all dated to the Eastern Zhou dynasty, were shown in the exhibition Ancient Chinese and Ordos Bronzes held in the Hong Kong Museum of Art in 1990.[3] A closely comparable ceremonial dagge-axe decorated with a stylized dragon is in the Sze Yuan Tang Collection.[4]