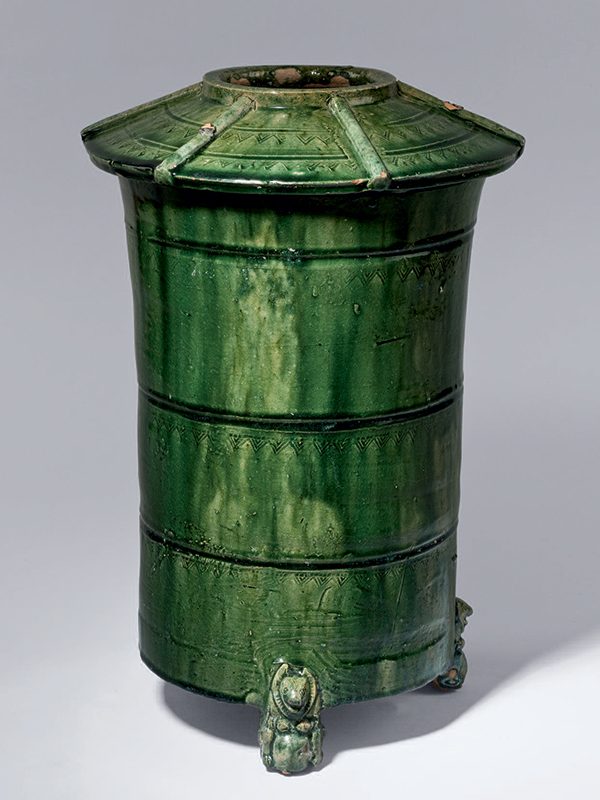 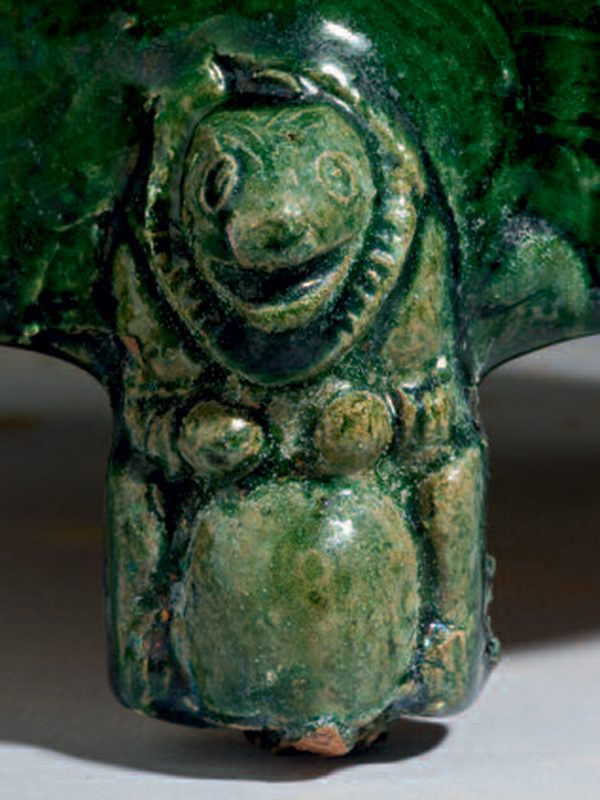 A cylindrical pottery model of a granary supported on three bear.form feet and with a slanting, roof-shaped top, the centre of which has an aperture. Six moulded vertical ridges and two horizontal incised bands decorate the roof and a wave pattern is incised around the lower two bands. The straight sides are mainly undecorated, save for three horizontal incised bands that divide the body into three sections, with a wave pattern underneath each band. Each of the bear-shaped feet is moulded in minute detail with bulging eyes, full mane, rounded belly and four limbs. The jar is covered in a deep, glossy green glaze, leaving only the interior and the base unglazed, revealing the reddish pottery body.

Pottery made during the Han dynasty provides a valuable insight into the social and financial context of China. Burial objects such as the present jar were made of soft earthenware and applied with a lead glaze, which was poisonous and therefore unsuitable for daily use. This jar reflects the ideal of comfortable living in the agrarian society of the time and granary jars used to store grains were a symbol of wealth. Granary jars supported on bear-form feet are not unknown in the Han dynasty, but rarely are the animals so well modelled and defined. A closely comparable green-glazed granary jar dated to the Eastern Han dynasty, similar in size, with less wel-defined bear-shaped feet and with similar incised decoration, is in the collection of the Aichi Prefecture Ceramic Museum in Japan.[1] Another comparable example, also dated to the Eastern Han dynasty, is in the collection of the Metropolitan Museum of Art.[2] A further comparable green-glazed granary jar of similar shape and with comparable animal feet, but decorated with a dragon motif on its body, is in the collection of the Shaanxi History Museum.[3]