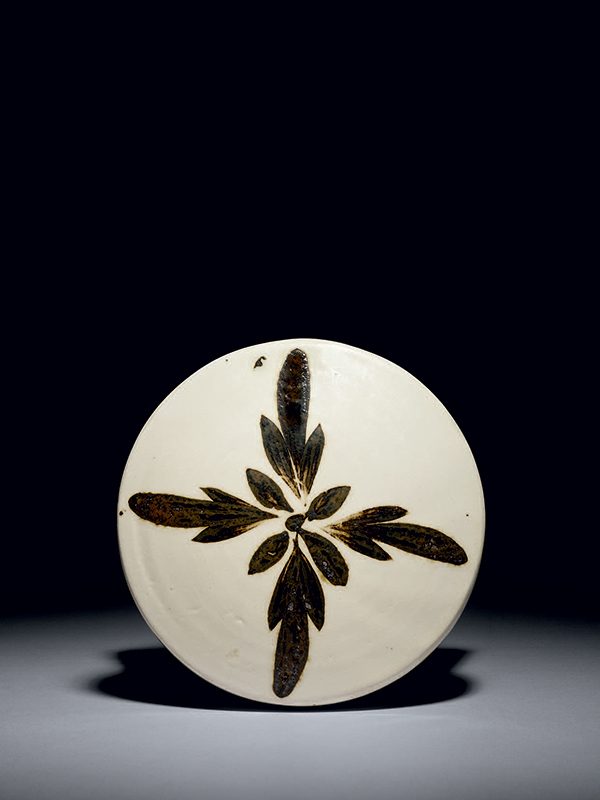 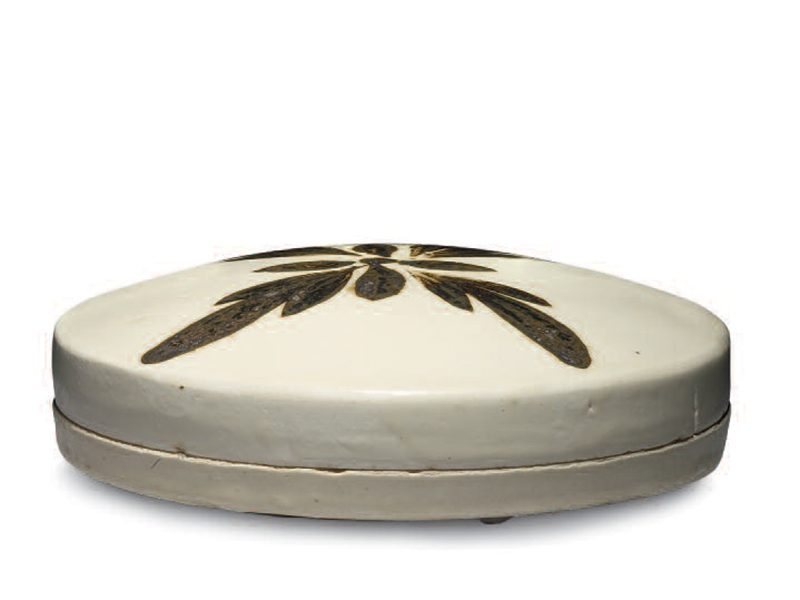 A stoneware box and cover of circular form, the bottom section with a small, concave base. The short, straight sides taper towards the shallow domed cover. Both the interior and the exterior of the box are covered in a layer of white slip, and  the top is painted in black with a stylized leaf pattern. The box is applied overall with a transparent glaze of ivory tone with a slight green hue, which stops in an irregular line well short of the base,  where it exposes the buff stoneware body.

This fine stoneware box painted with an elegant, stylised cross leaf pattern is a rare example of cizhou ware. Cizhou wares are often distinguished by the liveliness of a brush-­painted design in black slip onto a white slip ground, which represents the most successful use of brushwork on Chinese ceramics.[1] A closely comparable cizhou box painted with a flower spray in black and dated to the Northern Song or Jin dynasty (1115­-1234) is in the Meiyintang Collection.[2] Another comparable cizhou box, dated to the Jin dynasty and similarly painted with a flower spray among small scroll motifs, was unearthed in 1958 from Jinshengcun near Taiyuan in Shanxi province and is now in the collection of the Shanxi Museum.[3]