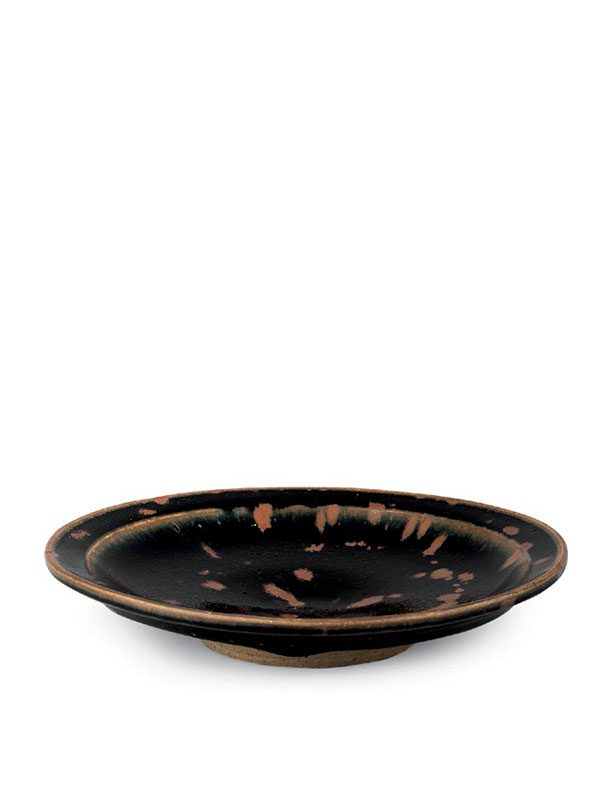 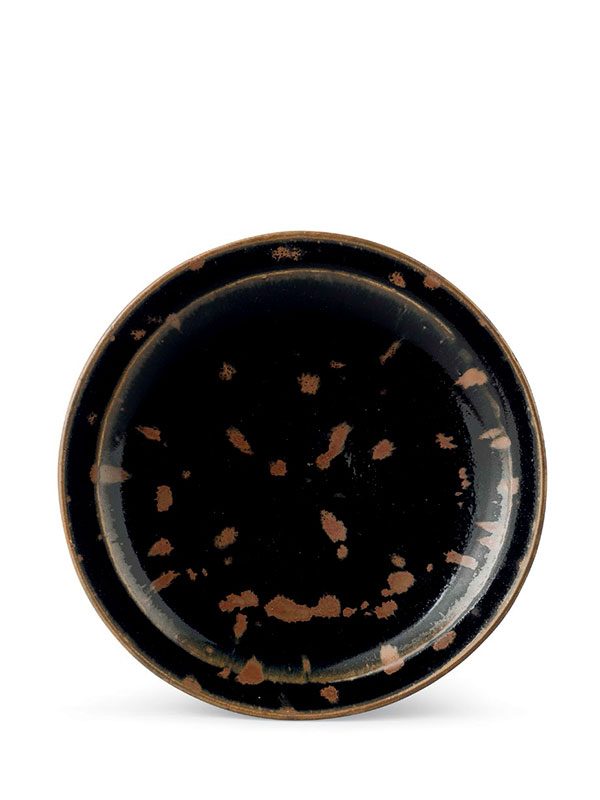 A circular stoneware dish of Cizhou type, supported on a short ring foot, the rounded sides with a flat everted rim. A thick glossy black glaze, suffused with evenly applied matt russet splashes that radiate out from the centre, covers the interior of the bowl. The glaze extends over the rim, stopping in an uneven line around the middle of the exterior. The unglazed foot shows the dense, fine-grained buff stoneware body.

An ancient term, zhegu ban (literally meaning ‘partridge–feather mottles’) appears in texts of the mid-10th century to describe ceramics with decorative mottles or splashes in amber or russet colour against a contrasting dark glaze.  Applying iron-oxide-bearing slip to the surface of the dark glaze creates the effect.1 Evolving from the small russet flecks that embellish the dark glazes of Ding and Cizhou-type wares, the decoration of larger partridge– feather mottles that can be observed on the present example began to appear in the 11th century.2 The shape and dimensions of this dish closely resemble Jun stoneware dishes from the Northern Song period, such as an example in the Palace Museum, Beijing.3 The partridge feather pattern would appear to be rare on a dish; no other similar examples have been published. A number of other forms, such as vases and bowls, adorned with a closely comparable decoration in partridge-feather mottles and dated to the Northern Song to Jin dynasty, have been published: three conical bowls are in the collection of the Arthur M. Sackler Museum, Harvard University Art Museums,4 an ovoid bottle is in the collection of the Art Institute of Chicago,5 and two covered bowls are in the Meiyintang collection.6