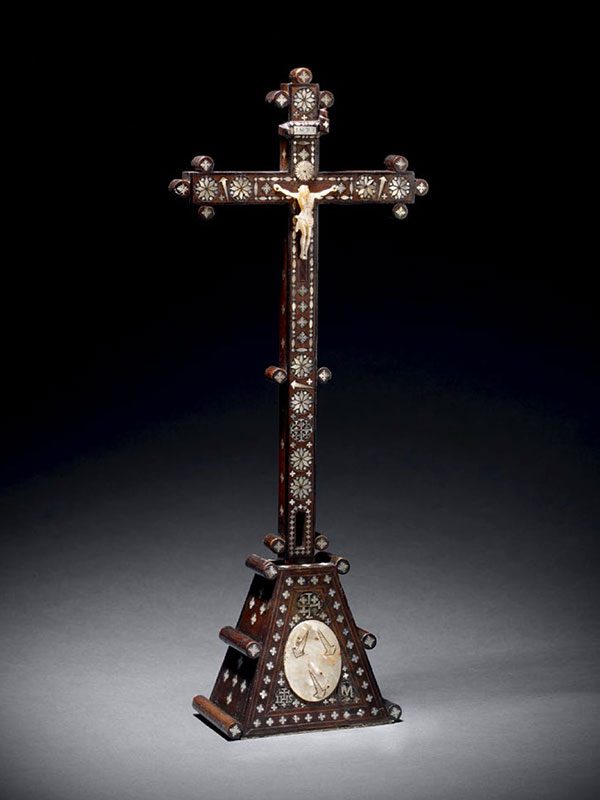 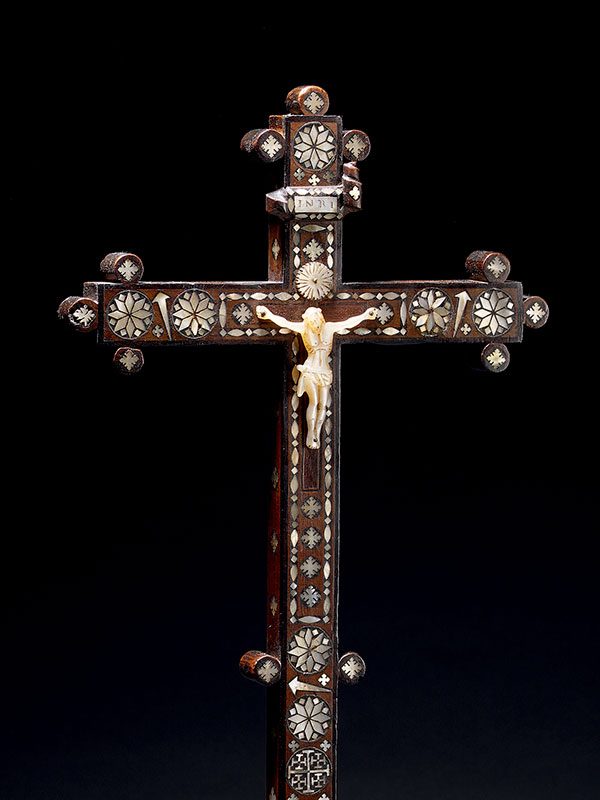 Jerusalem was a holy city from the time of Constantine the Great and always attracted pilgrims and scholars. After the discovery and excavations of the Holy Christian sites it became an even more important focus for pilgrimage. The Franciscans returned to the city in 1335, and after this date numerous churches, monasteries and associated hospices were built to care for and accommodate Christian pilgrims. In the 17th century the Franciscan Friars began to take commercial advantage of this influx by founding workshops, using local Syrian craftsmen to make mother of pearl inlaid models of the Sepulchre, the tombs and objects in traditional style, to sell to the pilgrims as ‘souvenirs’, thereby boosting the monastery’s revenues. Comparable examples are in the Soares Branco collection in Lisbon.[1]