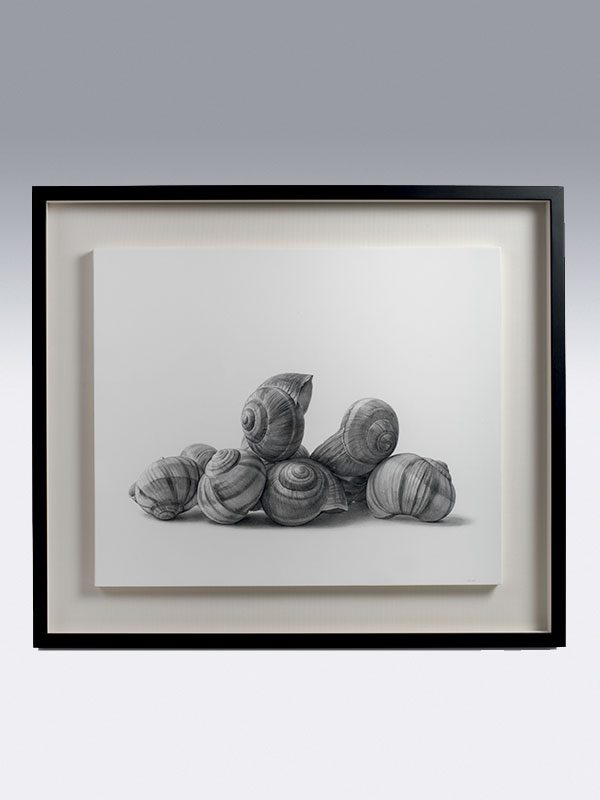 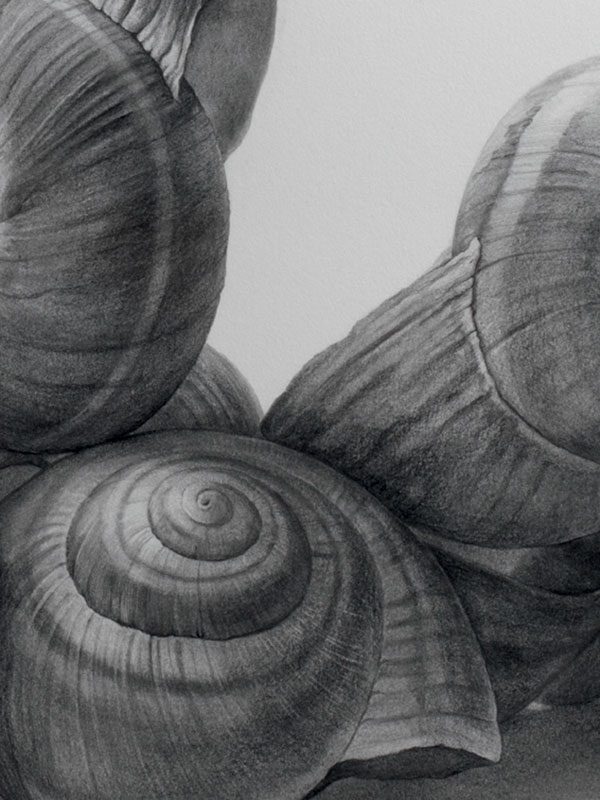 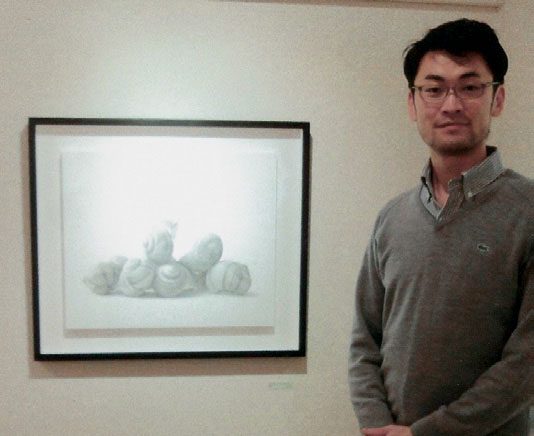 A drawing in black on white canvas, depicting a group of piled up escargot shells in a hyper realistic manner. Signed in the bottom right hand corner: YF 358.

This hyper-realistic drawing of escargot shells is by Yuya Fujita. He was born in 1975 in Saitama prefecture and was educated at Zokei University in Tokyo, where he obtained a BFA in painting in 1999. Hyperrealism is a genre of painting and sculpture resembling a high- resolution photograph. The movement is considered an advancement of photorealism by the methods used to create the resulting paintings. The term is primarily applied to an independent art movement and art style in the United States and Europe that has developed since the early 1970. Fujita has participated in many group exhibitions and also has had solo shows.