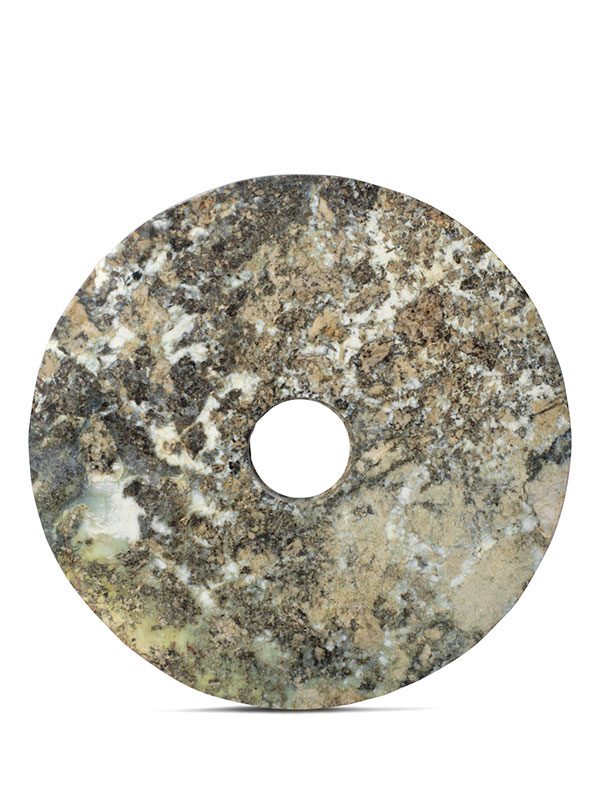 A hardstone bi disc of uneven thickness. Its central, circular aperture is cut from both sides, leaving a ridge in the centre and visible grinding lines to either side of it. The stone displays a pattern of mottled light grey, white and dark grey tones. The disc is completely unadorned and its surface is well polished on both sides.

This splendid disc is most probably made of jade; the material in cold to the touch.  In China, a circular jade disc is known as bi. While the precise purpose of the bi disc is unclear, the large numbers found in some burial tombs suggest that they were a means for the deceased to show their wealth.[1] An alternative theory is that they were used as talismans for the exorcism of and protection from evil. A jade bi-disc of similar size is in the collection of the National Palace Museum, Taipei.[2] Another comparable jade bi of similar texture and size is in the collection of the British Museum.[3]