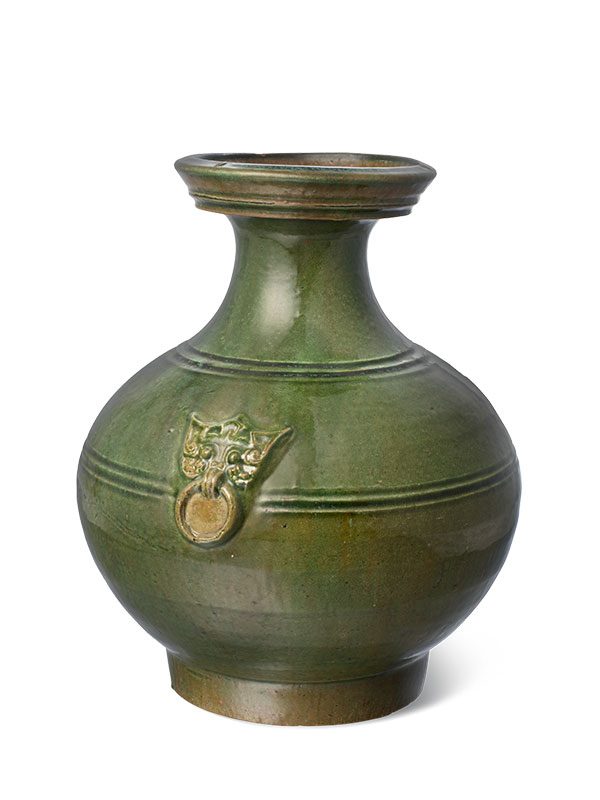 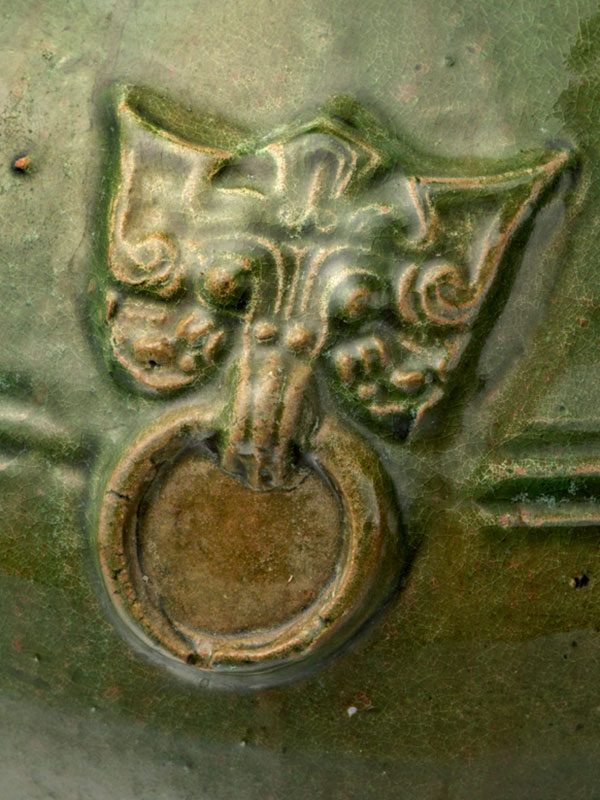 A pottery vase of baluster shape, the heavily potted body supported on a flat base, which has three wedge-shaped spurs. The neck is waisted and has a widely flared rim that terminates in a cup-shaped mouth. The shoulder is moulded with two mock taotie mask handles. The exterior of the vase is covered in a lustrous green glaze. The inside of the neck is covered in a brown glaze.

The shape of this vase is most probably derived from contemporary bronzes.  In the catalogue of the Meiyintang collection, Krahl states that, during the Han dynasty, tombs were often looted, and that expensive materials such as bronze were therefore gradually substituted by cheaper materials, such as pottery.[1] Krahl also points out that the poisonous lead content in the glaze would have made pieces such as this unsuitable for storage of food and drink.[2] A comparable, larger vase is in the Meiyintang collection.[3]