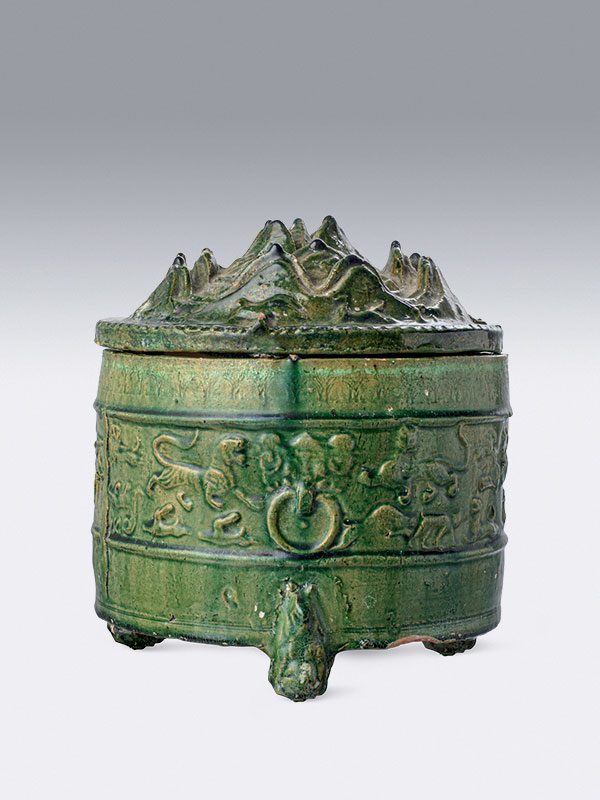 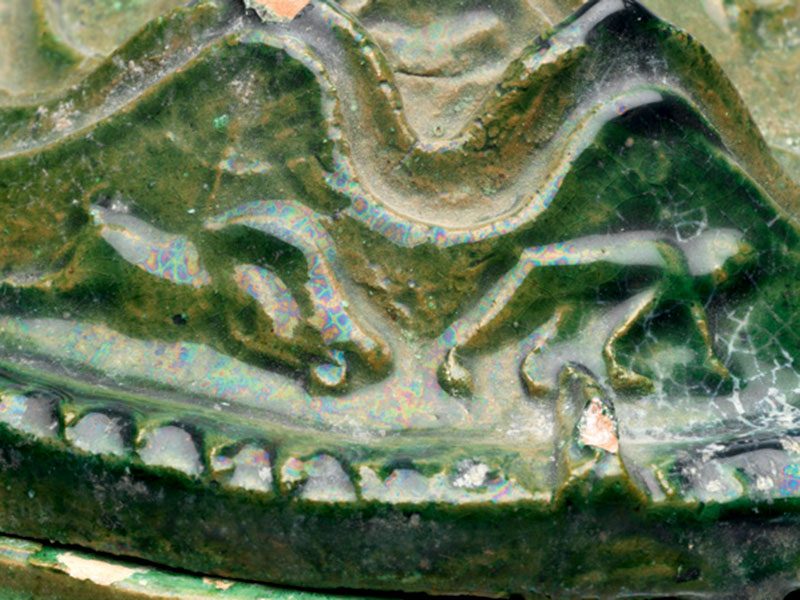 A pottery incense burner of cylindrical form, supported on three moulded feet in the form of bears that rest their hands on their knees. The cylindrical sides are moulded with two low-relief mock-handles in the form of taotie masks with rings and a frieze of striding animals, including tigers. The lid is moulded in the shape of a pointed mountain range and is interspersed with further wild animals. The whole of the exterior is covered in a deep green lead glaze that has acquired a metallic sheen and become iridescent in places.  On both the jar and the cover three unglazed spur marks can be seen.

Krahl observes that during the Han dynasty tombs were often looted, which resulted in expensive materials such as bronze gradually being substituted by cheaper materials such as pottery, and that the poisonous lead content in the glaze would have made pieces such as this unsuitable for storage of food and drink, making it more likely that the present jar was intended for use as an incense burner.[1] A very similar pottery incense burner dating to the Han dynasty is in the British Museum.[2]   Describing this example, Michaelson writes: “During the Han dynasty a new interest in landscape emerged which became a recurrent feature of Chinese art. It seems that people hoped, if they achieved immortality, they would rise as adepts and wander among mythical animals, such as the tiger or chimera shown here. The mountain-shaped lid of the censer refers to the sacred dwellings of the immortals.” A very similar lidded jar, this example covered in a yellow lead glaze, is also dated to the Eastern Han dynasty and is in the collection of the Victoria & Albert Museum in London.[3] A closely comparable example covered in a green glaze is in the collection of Désirée and Jean-Nicolas Laurenceau.[4]