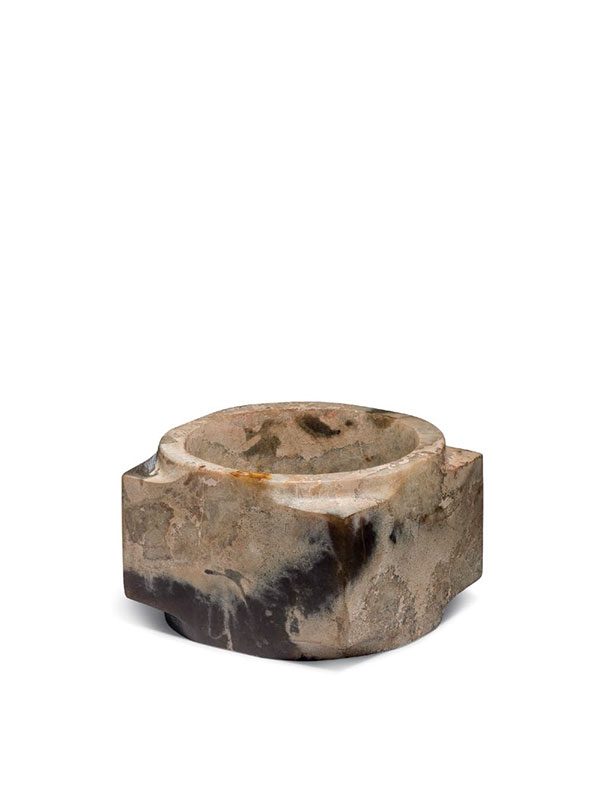 A jade cong of conventional form, carved as a cylindrical tube within a square, with the narrow collars of the cylinder protruding from the square form. The interior shows a line where the two holes drilled from either end meet. The surface is entirely plain, the semi-translucent, original dark-green celadon stone showing areas of white veining with some crystalline inclusions.

The cong is one of the principal jade types of the Neolithic period, first appearing during the early Neolithic period, particularly the Liangzhu culture (c. 3000 – 2000 BC), whose people appear to have developed both the cong and bi disc.1  As with the bi disc, the function of the cong tube is not entirely clear.  One interpretation is that the cong symbolised the earth, while the bi disc symbolised heaven. Undecorated, short square congs with low rounded collars on both ends represent archaic shapes based on Neolithic Liangzhu cong tubes that were revived during the Shang and Western Zhou dynasties.  A closely comparable undecorated jade cong of similar dark-green celadon colour and of similar proportions, dated to the Qijia culture (c. 2000 – 1600 BC) of the late Neolithic period, is in the collection of the Palace Museum, Beijing (fig. 1).2 Three further comparable celadon jade congs, similar in size and in colour, dated to the late Neolithic period to the Western Zhou dynasty (c. 1046 – 771 BC), are respectively in the collections of the National Palace Museum, Taipei,3 the National Museum of History, Taiwan,4 and the British Museum.5 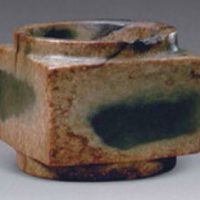