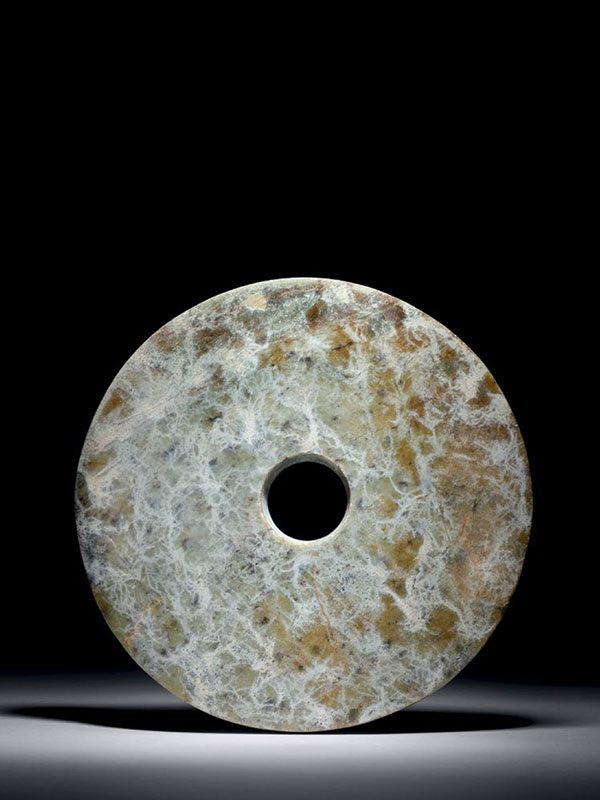 A jade bi-disc of circular form and uneven thickness. Its central, circular aperture is cut from both sides, leaving a ridge in the centre and visible grinding lines to either side of it. The stone is of predominantly yellowish-green tone with strong all-over white veining. The disc is completely unadorned and the surface is well polished on both sides.

A circular jade disc is known as bi in Chinese art. In the Liangzhu culture, circular jades were ritual objects used in all kinds of religious ceremonies. It has been suggested that bi discs were symbolic of wealth or status; numerous discs have been found in burials, usually placed at the feet of the deceased or underneath the body. An alternative theory is that they were used as talismans for the exorcism of and protection from evil. A pair of serpentine bi discs, closely comparable in the overall tone, is in the collection of the Museum of East Asian Art in Bath.[1]  A comparable jade example of similar size and of more whitish tone overall, is in the collection of the British Museum.[2]