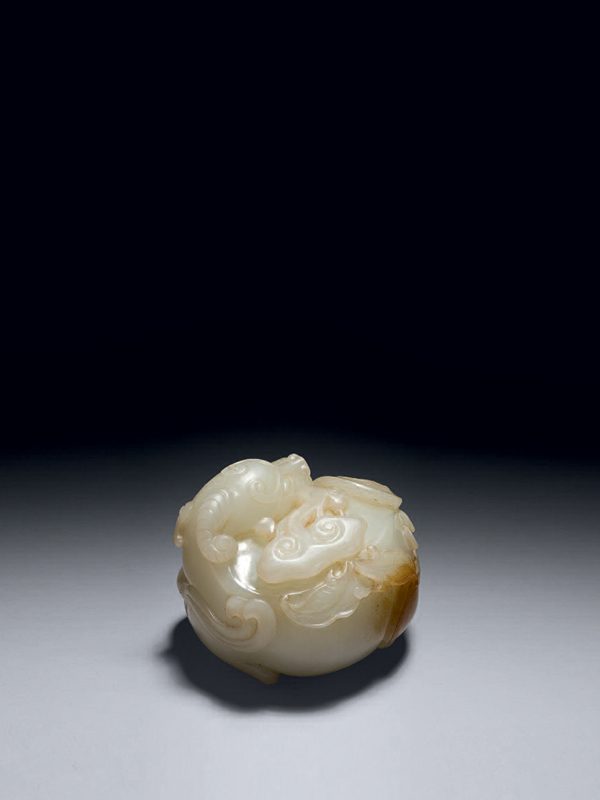 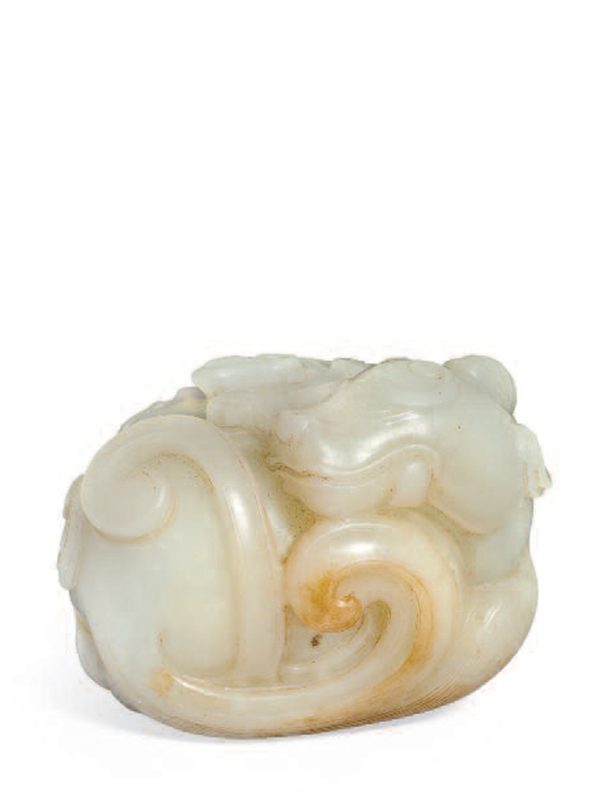 A jade pebble carving in the form of a recumbent mythical creature, luduan. The animal turns  its head sharply to the right and holds a leafy spray of lingzhi fungus in its mouth,  the head of which rests on the animal’s back. The underneath is well detailed with four legs and a bushy  tail. The head has a single horn, pronounced eyebrows, spindle shaped eyes, pointed ears, and a strong  jaw. The stone is of predominately pale celadon colour and has some small areas of russet marking.

This masterpiece of jade sculpture in the round, with its exquisite carving and delicate details, would have originally adorned a scholar’s desk, used as a paperweight or purely for admiration. The luduan, a legendary unicorn beast capable of distinguishing between good and evil, is often misidentified as a qilin, due to the similarity in style. The qilin is normally depicted with a dragon­like head with two horns and with four legs ending in ox­like hoofs, like the jade qilin dated to the Kangxi period in the collection of the Fitzwilliam Museum.[1]  A closely comparable jade carving of a luduan, with a similar single­horned head, smooth body and clawed paws, identified as a qilin, is in the same collection and is dated to the late Ming or early Qing dynasty.[2]  A comparable jade incense burner in the form of a luduan, dated to the Ming dynasty (1368 ­- 1644), is in the collection of the Palace Museum, Beijing.[3]