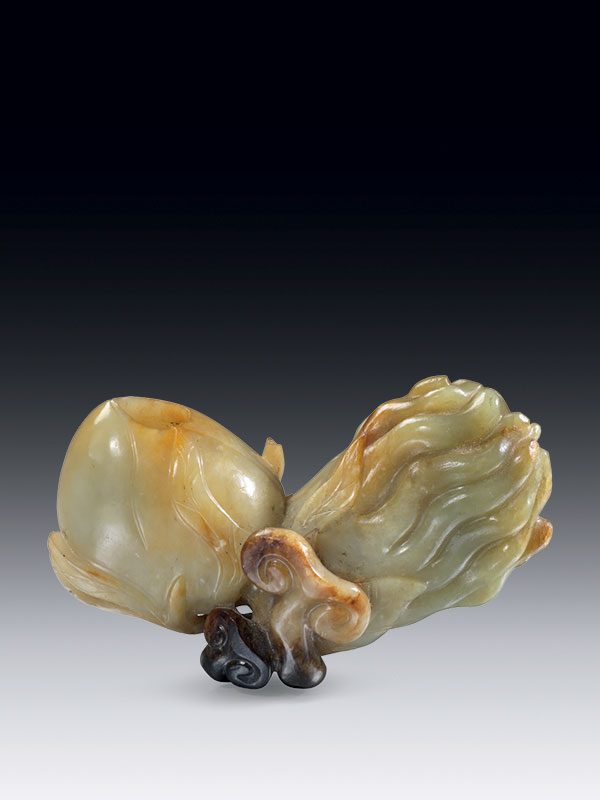 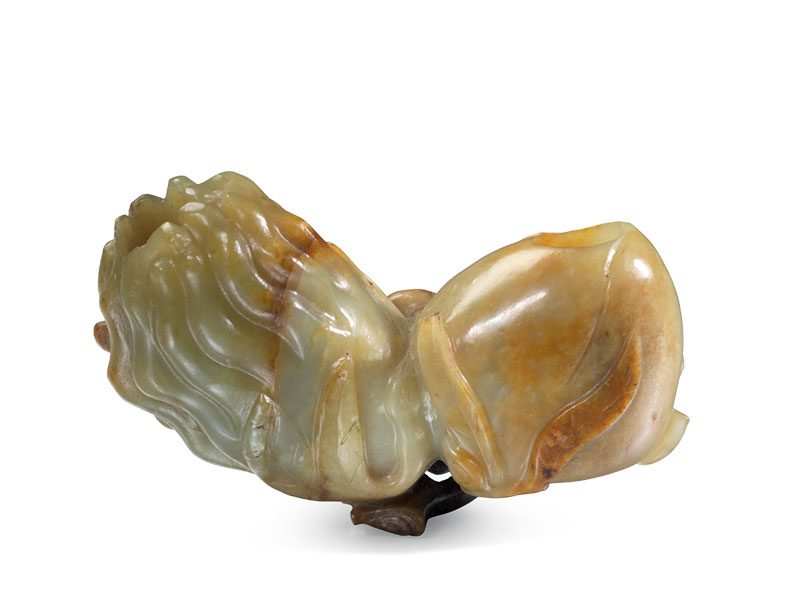 The Buddha’s hand citron (foshou) is inedible, but emits a strong fragrance, which is why it was popular at the Court. The Buddha’s hand in combination with the peach (shoutao) represents two of the Three Abundances; the Buddha’s hand symbolizes abundant blessings, the peach longevity, as does the lingzhi fungus. This rustic vessel would have been placed by the scholar/artist on his desk and would have been used as a pot to dip a brush into before painting or writing calligraphy.