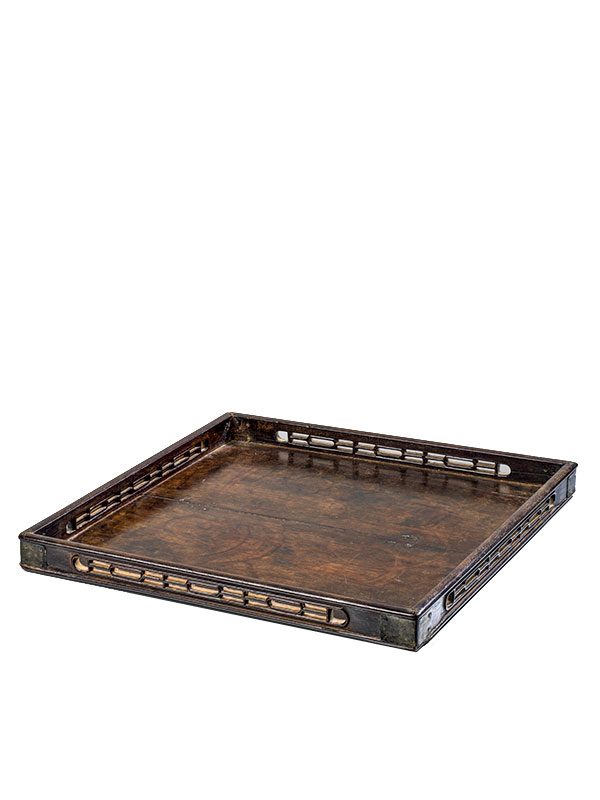 A zitan square stationery tray, the base made up of two panels, bolted together with metal mounts. The straight rim consists of four pieces of wood, the corners reinforced with metal mounts. The four sides are pierced in the middle with oval and square apertures. The wood has the purplish hue of zitan, with characteristic minute silvery streaks.

Typical objects for the scholar’s table, trays such as the present example were used for storing stationery or for the display of all manner of smaller scholar’s utensils such as water pots, brushes and ink stones, to enable them to be moved together.[1]   Chinese stationery trays are more usually made from less precious woods, such as hongmu, and it is relatively rare to find an example in zitan.