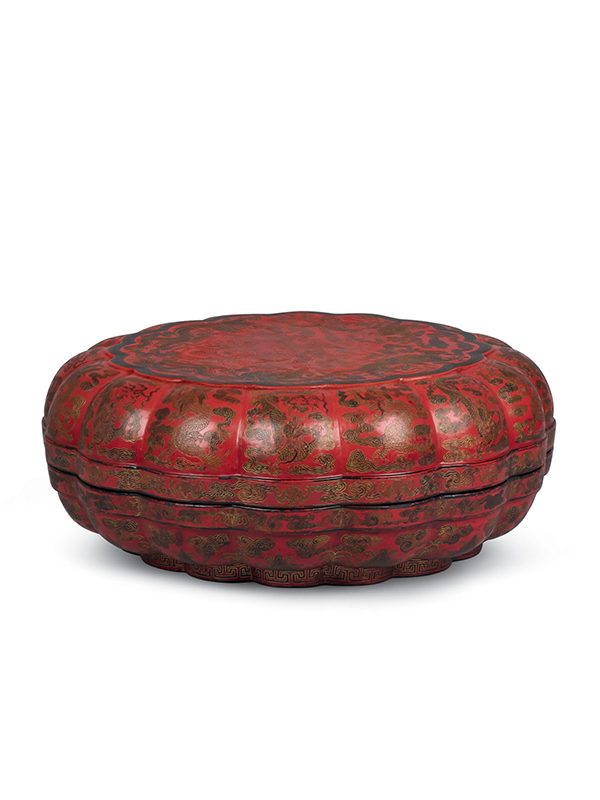 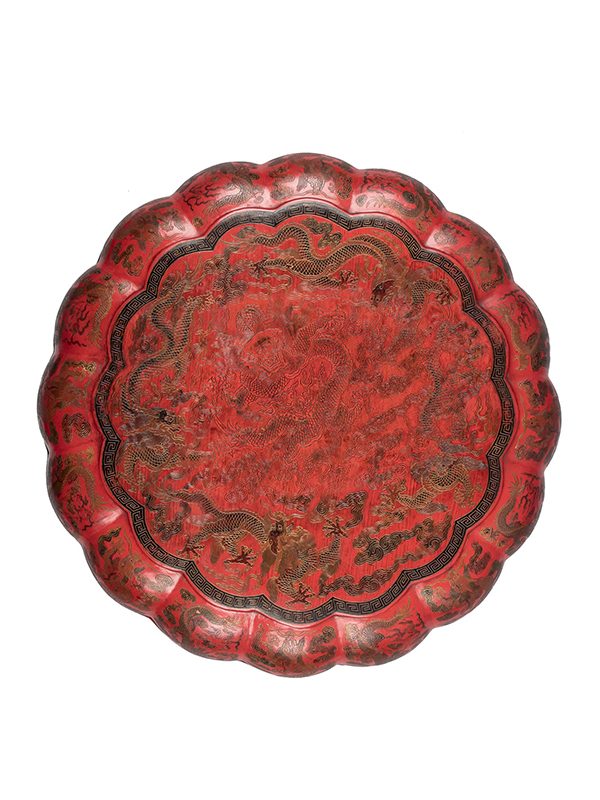 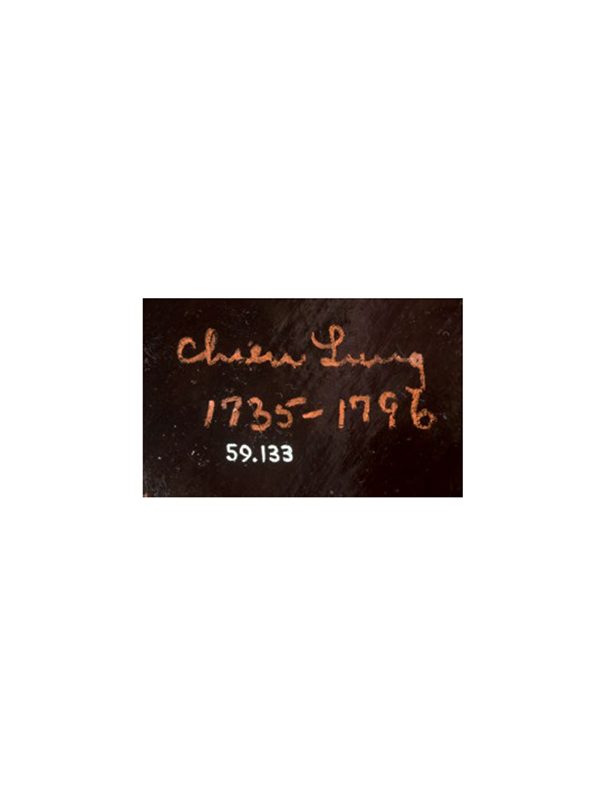 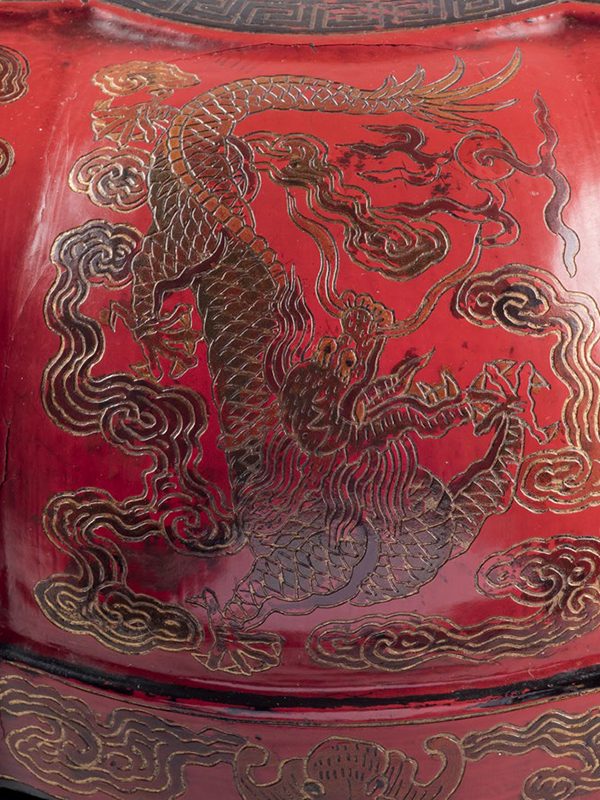 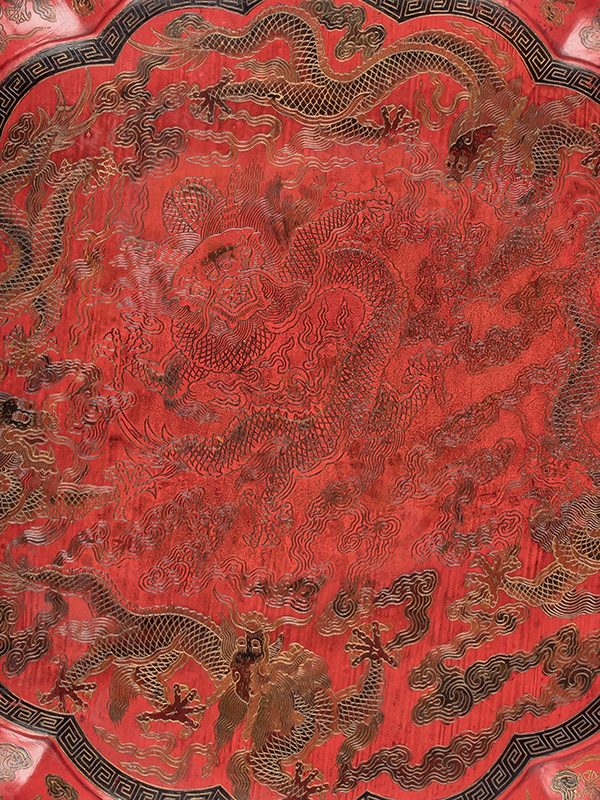 A large lacquer box of lobed form, supported on a straight foot rim.  The flat top is decorated in the qiangjin and polychrome tianqi techniques with a confronting five-clawed dragon, surrounded by four dragons striding among cloud scrolls. The scene is contained within a key-fret border.  The domed sides of the cover contain sixteen panels of writhing dragons.  The sides of the bottom section are decorated with an equal number of panels depicting rock formations and cloud scrolls. The rims of both box and cover show bats and cloud scrolls.  The footrim has a band of linked key frets in black and gold. The interior and the base are lacquered black. On the base an inventory number 59.133 is painted in white. On the inside of the cover is painted the inscription “Chien Lung 1735 – 1796” in gold paint and a repeat of the inventory number 59.133 in white paint.

This magnificent large lacquer box is decorated in the qiangjin (incised lines filled with gold) and green, ochre, dark and red brown tianqi (‘filled-in’) techniques, which were often combined during the Ming dynasty, when they were especially popular.  The decoration of five-clawed dragons indicates that this box was made in the imperial workshops in Beijing. It is very rare to find such boxes, and only a few are published, but an almost identical box is in the collection of the Lack Museum in Münster, Germany.1  Another identical box and cover of this type and form is in the collection of the Palace Museum, Beijing.2 A box and cover decorated with a dragon surrounded by lotus scroll and key fret band, dated 18th century, was included in the exhibition The Arts of the Ch’ing Dynasty.3