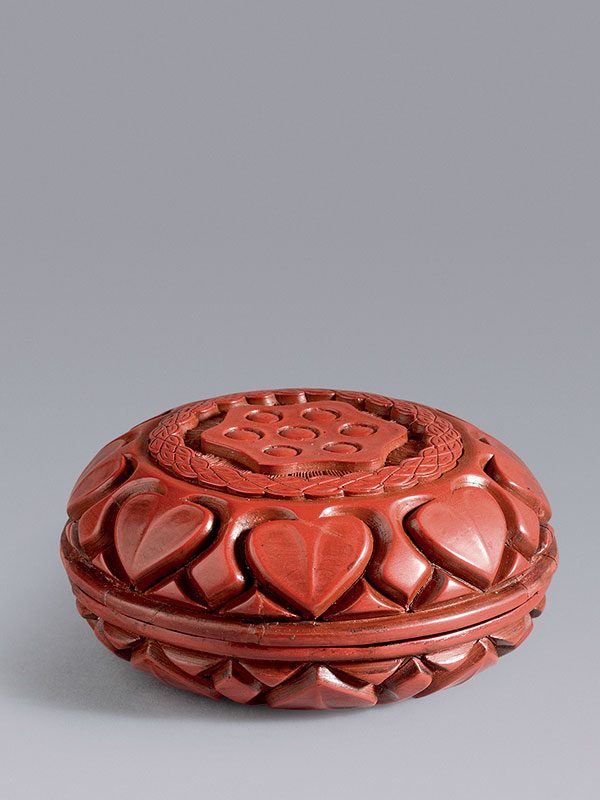 China, early Ming dynasty first half of the 15th century 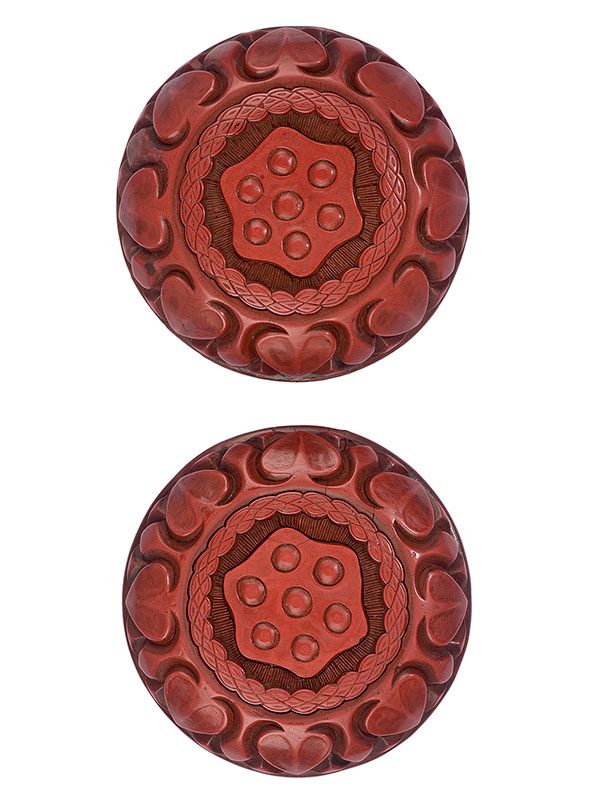 A cinnabar lacquer box of circular form, the domed cover and box both carved with a central design of a hexagonal lotus seedpod containing seven round seeds, which is encircled by fine hairline stamina and garland-like stamen. The sides are carved with a band of eight lotus petals.  The rims are plain. The interiors of both the box and the cover are covered in black lacquer. 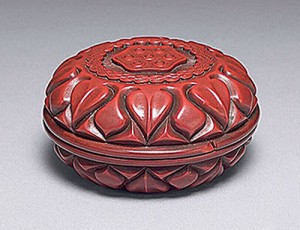 This exquisite box shows the fine carving technique found in early Chinese lacquer workmanship. It is interesting to note that the carving on both sides of the box is of the same fine quality.  The main decorative motif is very traditional in Chinese art; the aquatic lotus is one of the most important floral decorations for its symbolic significance in Buddhism; it is the embodiment of purity and perfection, as it rises undefiled from impure muddy waters.[1] The lotus itself is unusual; its seed-bearing stage comes earlier than other plants; the early appearance of the seedpod when the lotus flower blossoms represents fertility and rapid conception.[2]  Two nearly identical lacquer boxes, of similar size and carved with the same lotus seedpod decoration, were originally in the Qing Court collection. One is currently in the Collection of the National Palace Museum, Taipei, where it is dated to the 15th century (fig. 1).[3] The other box is in the Palace Museum, Beijing, where it is dated to the early Ming dynasty.[4] The precise dating of this group of lacquer boxes is a subject to much debate. Two closely comparable examples with similar lotus decoration to the cover are in the Fritz Low-Beer collection, now in the Linden Museum in Stuttgart, Germany.  One box is of similar size and is engraved with a Yongle reign mark (1403 – 1424) on its black lacquered base.[5] The other box is smaller and bears a Xuande reign mark (1426 – 1435).[6]   One can be certain however that the boxes can be dated to the first half of the 15th century.  The stylised lotus design can also be observed on several cloisonné enamel wares produced in the Xuande period, such as a small disc and three cylindrical boxes in the Pierre Uldry collection.[7]