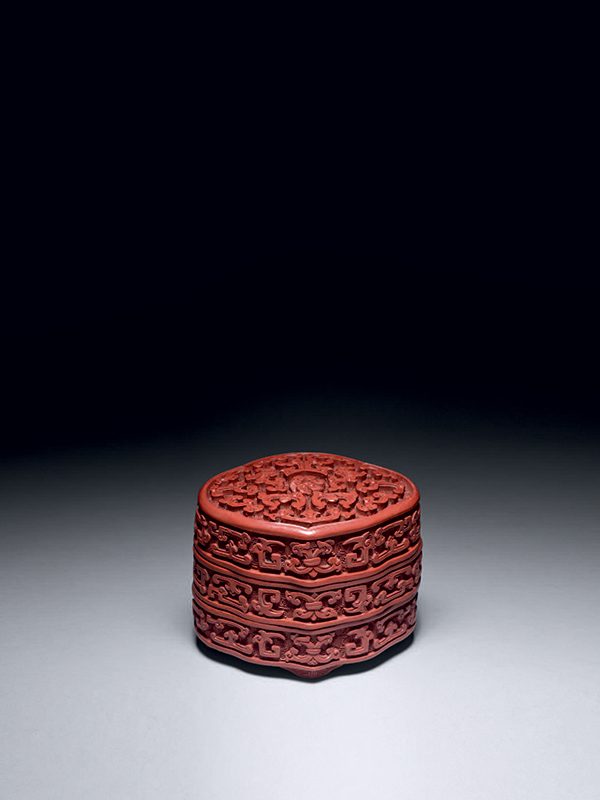 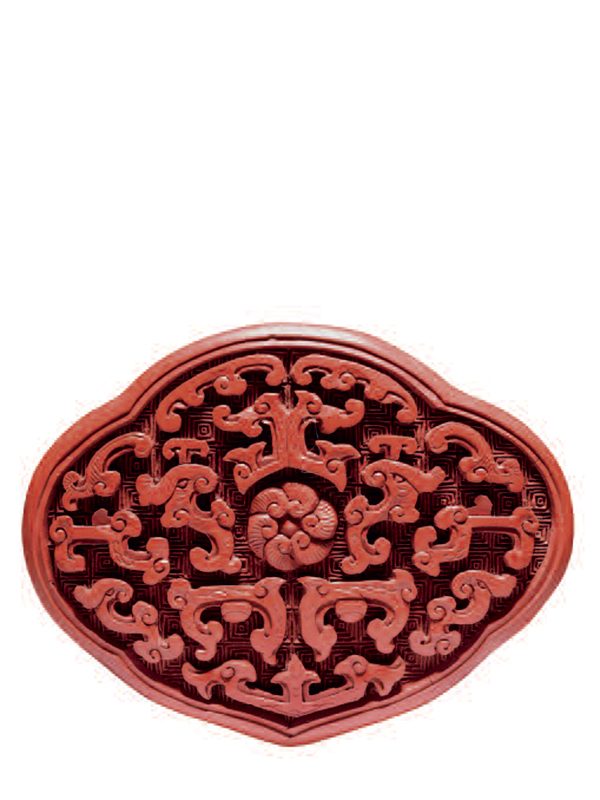 A small two­-tiered red lacquer box of quatrefoil outline, resembling a ruyi head. The box is supported on four curved bracket feet. The flat top is carved  through a thick layer of lacquer with two stylised kui­-dragons facing a central floral roundel amidst archaic scrolling patterns. The scene is set on a ground of densely carved square diaper pattern. The straight sides of the box are carved with similar archaistic decoration, also set on a ground of diapers. The interior and the base are lacquered in black.

This unusual, beautifully carved and detailed lacquer box takes the form of the head of a ruyi (meaning ‘as you wish’) sceptre, which in turn takes its shape from the lingzhi fungus, considered to be imbued with magic qualities by Chinese. During the Qing dynasty (1644 – 1912) ruyi sceptres were presented to emperors and empresses on their birthdays and on other auspicious occasions such as betrothals and weddings.[1] Lacquer tiered boxes of this shape and design would appear to be extremely rare; no exactly comparable examples have been published. A small, footed red lacquer box of more conventional circular shape, carved with comparable archaistic patterns, forms part of an incense set that is in the Qing Court collection.[2] A two­-tiered circular red lacquer box dating from the Qianlong period (1736 ­- 1795) is in the collection of the Palace Museum, Taipei [3]. A cloisonné enamel box of ruyi head form with a cloud and bat design, dated to the mid­ Qing dynasty, is in the collection of the Palace Museum, Beijing.[4]